© Licensed to London News Pictures. 09/04/2016. London, UK. Outside Downing Street, a protester calls for the resignation of British Prime Minister David Cameron after he admitted to profiting from the sale of shares worth more than £30,000 in Blairmore Holdings, an offshore investment fund set up by his late father Ian Cameron. The Panama Papers, leaked anonymously from the database of law firm Mossack Fonseca, have revealed the extent to which firms and wealthy individuals use loopholes and offshore funds to avoid paying tax. Photo credit: Rob Pinney/LNP 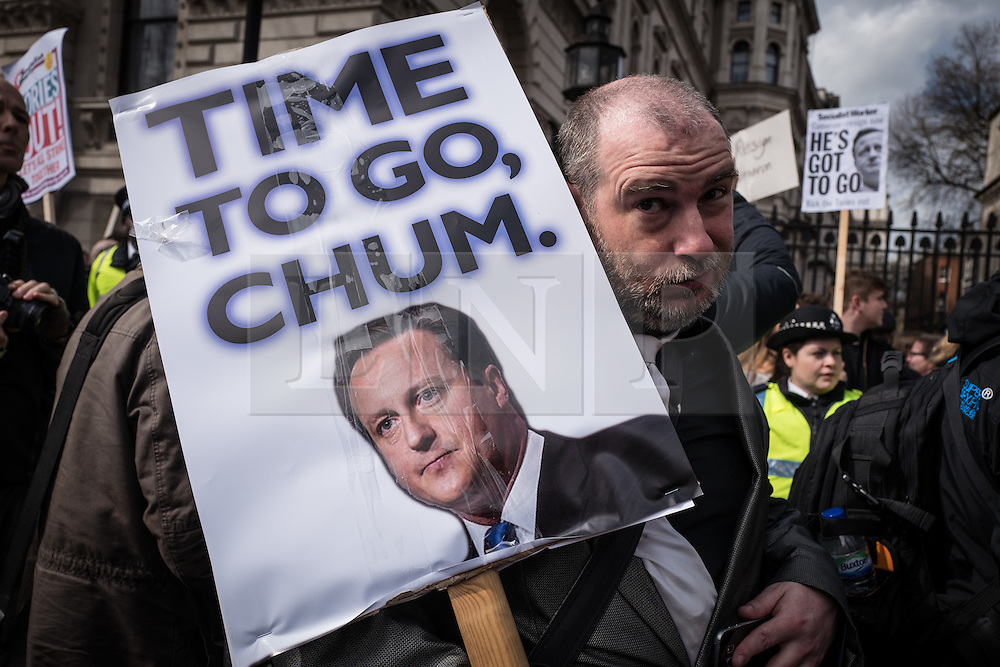