© Licensed to London News Pictures. 12/10/2019. Bristol, UK. A flash mob in Bristol city centre does the dance routine from the classic film musical Singin' in the Rain (1952) in the first event in three major UK cities in the coming weeks, organised by the BFI Film Audience Network. The events are to herald a season of film musicals including re-releases of classic musicals at cinemas and venues across the UK such as Singin’ in the Rain (1952), led by BFI, the Independent Cinema Office and Film Hub Midlands. Photo credit: Simon Chapman/LNP. 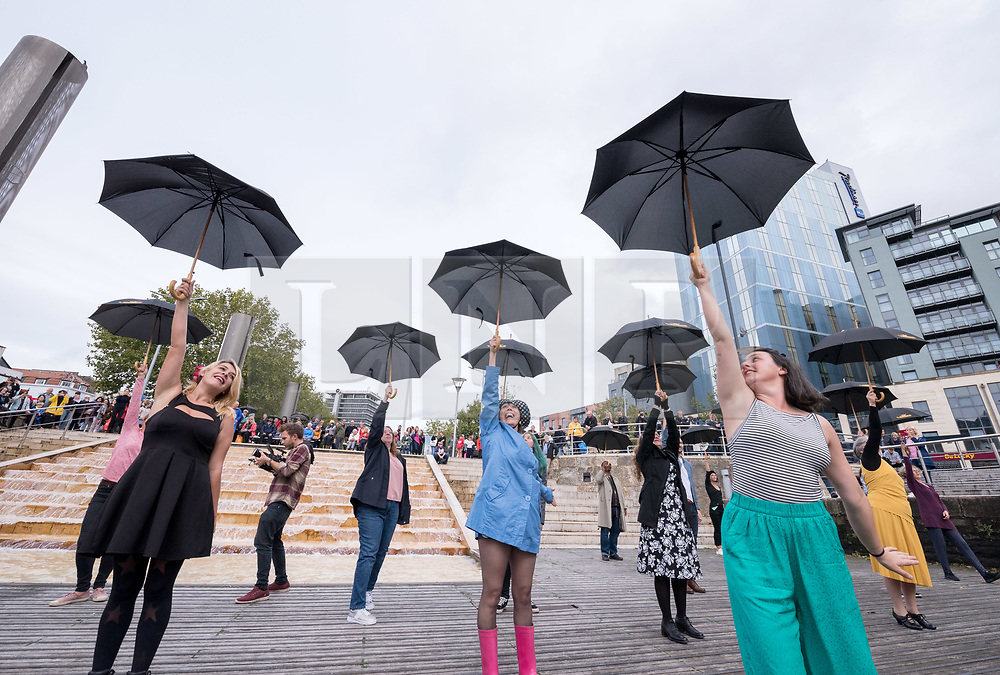