© licensed to London News Pictures. London, UK 13/08/2013. As part of the Royal Academy’s current exhibition Richard Rogers RA: Inside Out, a three and a half storey building called Homeshell has been erected in the Courtyard in front of Burlington House in central London. The Homeshell is a low-cost house that uses the pioneering technology with a flexible, quick and highly energy efficient building system which can be adapted to suit particularly highly urban or small sites. Photo credit: Tolga Akmen/LNP 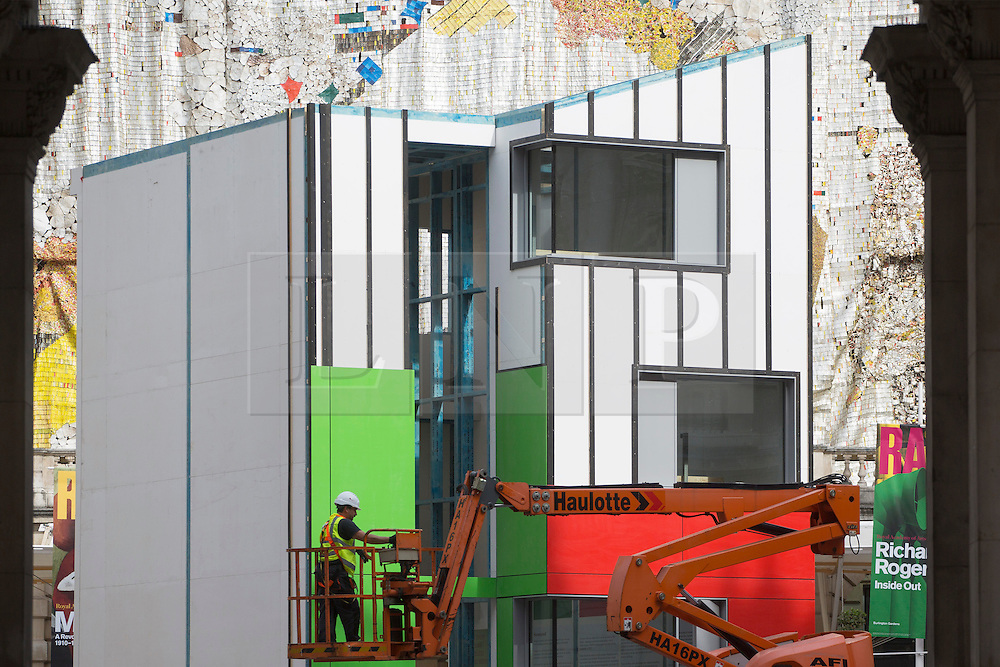