© Licensed to London News Pictures. 22/06/2017. London, UK. Dorney building on the Chalcot Estate in north London where a section of cladding has been removed by workmen as part of an investigation in to fire safety at tower blocks. Prime Minister Theresa May has told Parliament that up to 600 high rise tower blocks may have similar cladding to that found in Grenfell Tower, which went on fire last week, in which as many as 79 residents are thought to have perished. Photo credit: Ben Cawthra/LNP 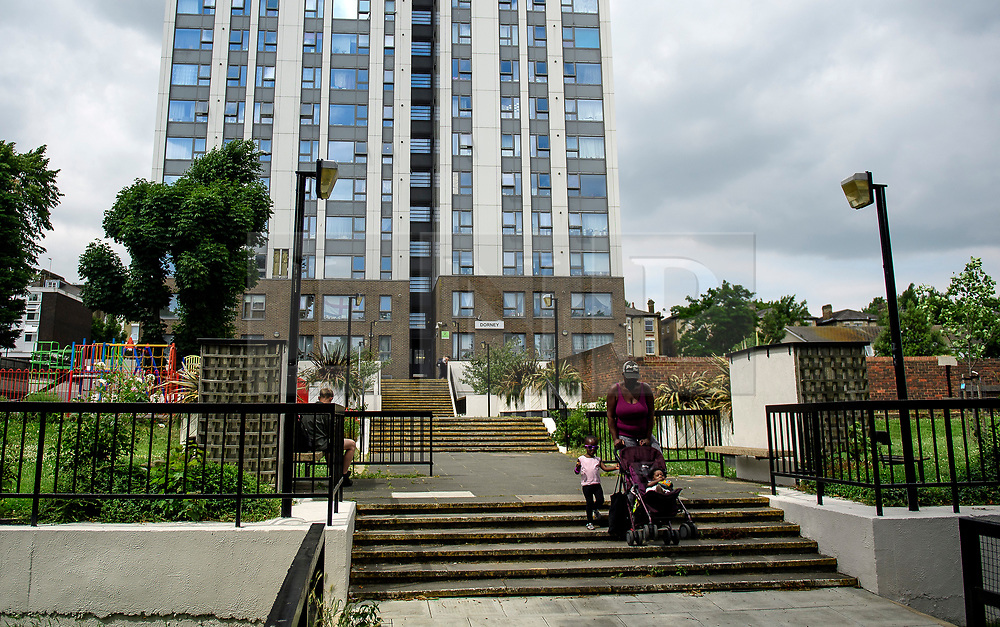