© Licensed to London News Pictures . 12/05/2017 . Manchester , UK . Prospective Parliamentary Candidate for Gorton , AFZAL KHAN (2nd from right) at the service . Thousands of people fill a mosque , inside a marquee at the British Muslim Heritage Centre in Whalley Range , Manchester , for the funeral of Mawlana Habib-ur-Rahman , at the British Muslim Heritage Centre , Whalley Range , Manchester . Rahman , a former maths teacher and then imam at Manchester Central Mosque , died aged 90 following heart problems . As a well-known leader of Manchester's Muslim community he promoted interfaith dialogue and met the Pope during a Papal visit to Manchester in 1982 . Due to the number attending , crowds attending the funeral had to be diverted to rooms in nearby buildings to listen to the service via loudspeaker . Photo credit : Joel Goodman/LNP 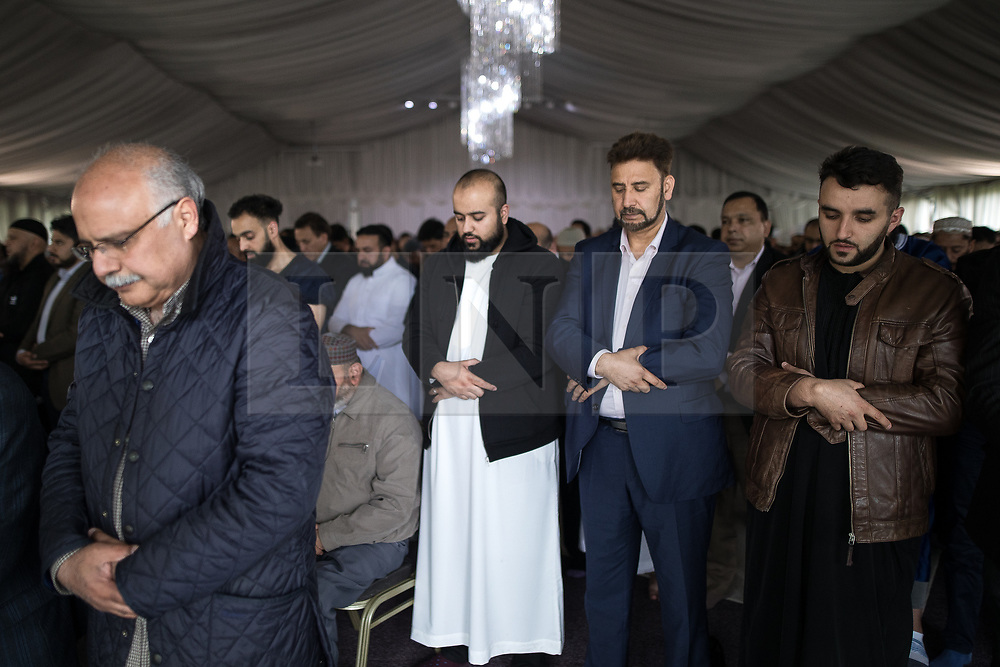