© Licensed to London News Pictures. 06/08/2015. London, UK. A man puts his bicycle in the bike rack at Waterloo station in London. A tube strike today has closed the TfL London Underground network as members of four unions take industrial action for the second time in a month because of a deadlocked dispute over plans to launch a new all-night tube train service next month. Extra busses have been laid on to help commuters get to work. Photo credit : Vickie Flores/LNP 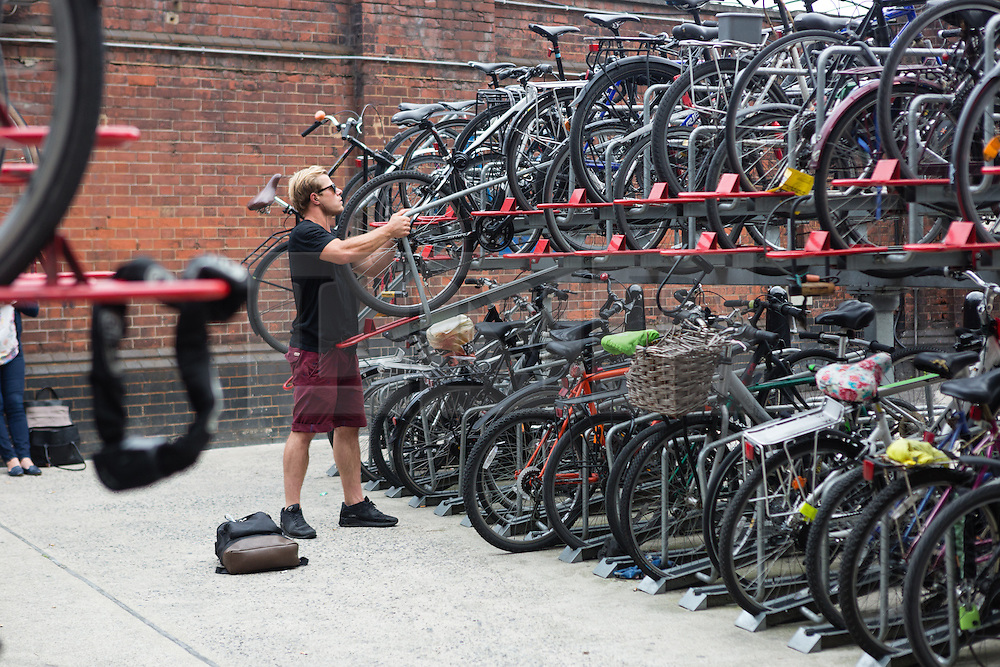