© Licensed to London News Pictures. 06/08/2018. Bristol, UK. The Archimedes super yacht pictured on a summer evening visiting Bristol's floating harbour for a few days mooring alongside the M Shed museum. The yacht is worth an estimated £75million and is believed to be owned by US billionaire James ‘Jim’ Simons, a hedge fund manager based in New York City. As reported by Forbes, his net worth as of February 2018 is estimated to be $20 billion. He is not believed to be on board the yacht currently. The 80-year-old American is a former mathematics professor and subsequent chair of the mathematics department at Stony Brook University, and went on to found Renaissance Technologies, a hedge fund firm which is worth an estimated £64billion. The yacht, which flies a Bermuda flag, is 68 metres in length and is staffed by 18 members of crew. It is not known why the yacht is visiting Bristol. Photo credit: Simon Chapman/LNP 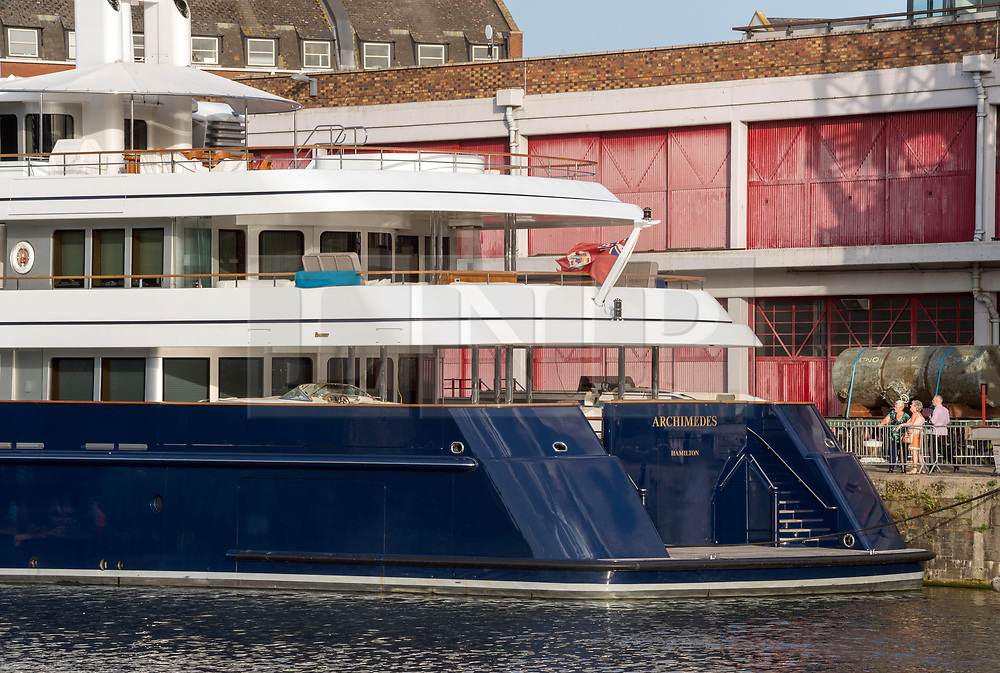