© Licensed to London News Pictures. 30/12/2015. London, UK. A squatter sits on the balcony of the Royal Mint building with a banner saying "Take back the city" whilst a security man stands outside. Squatters have occupied the former Royal Mint building, located opposite the Tower of London on the border of the City of London to protest against homelessness and highlight how empty buildings could provide shelter for rough sleepers. The site was previously used to manufacture British coins but is currently vacant and activists argue that this along with other vacant commercial buildings could be used to provide short term shelter for the homeless. Photo credit : Vickie Flores/LNP 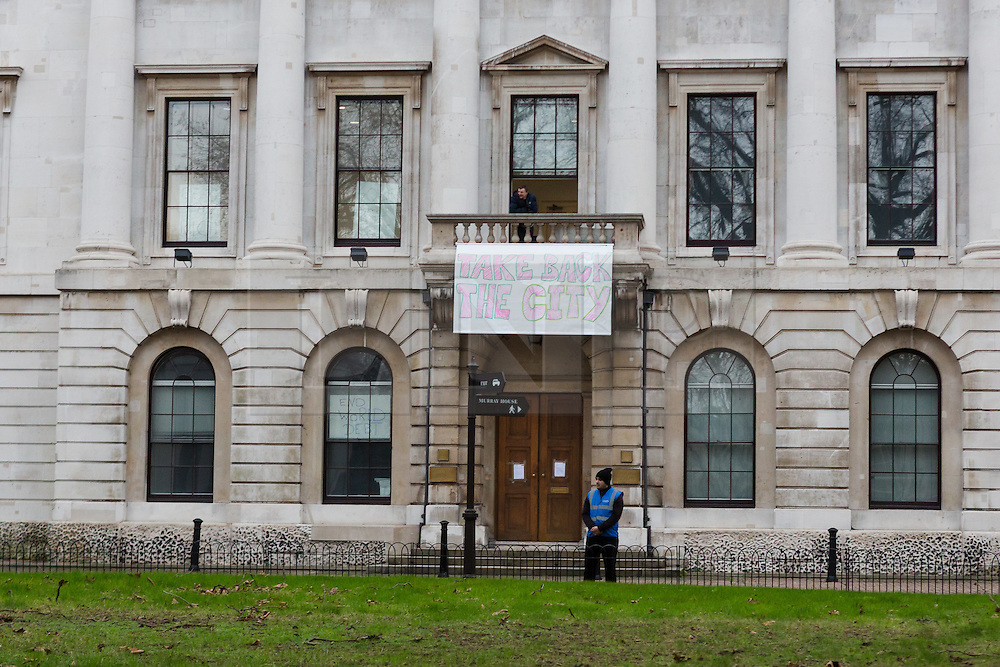