© Licensed to London News Pictures. 08/10/2014. British Army Training Unit Suffield (BATUS), Canada. Soldiers from the First Battalion the Yorkshire Regiment prepare to storm a temporary village as they train for war on one of the largest training areas currently being used by the UK Armed forces. 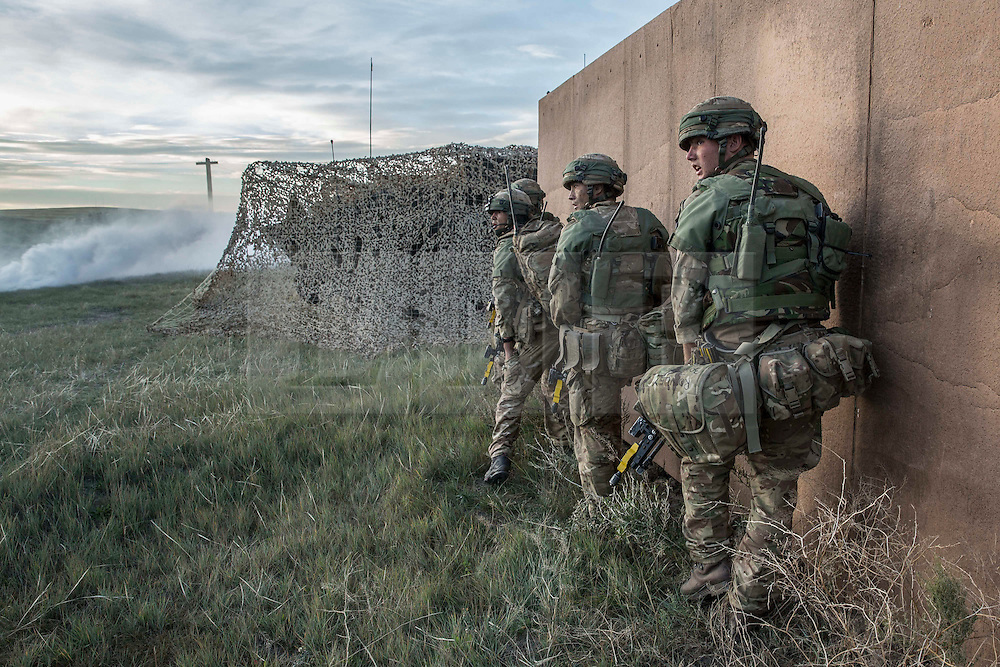