© London News Pictures. 16/02/2015 Olympia Theatre, Paris: A heavy police precedes as the Eagles of Death Metal "resume their gig" three months after the terrorist attack at Bataclan that claimed the lives of 90 people on 13 November 2015. Heavy security was in evidence and media kept at a distance "to preserve the dignity of returning survivors" according to a police spokesperson. Ticket holders of the fateful Bataclan concert were offered complimentary tickets for tonight's gig. Photo credit: Guilhem Baker/LNP 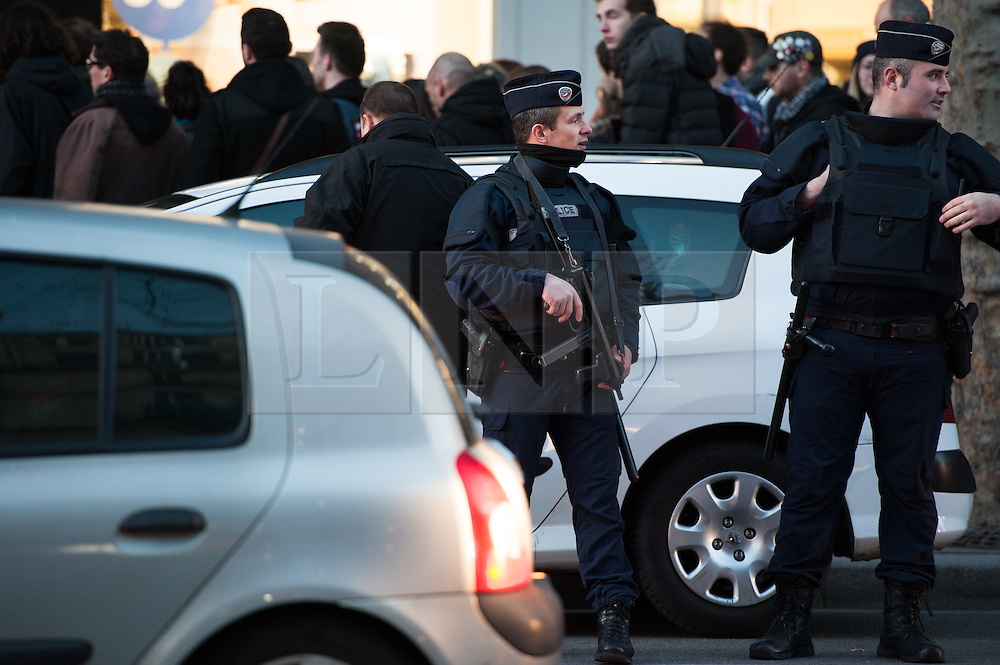