© Licensed to London News Pictures. 04/08/2017. LONDON, UK. Steam Tug (ST) Portwey steams along the River Thames in front of Canary Wharf skyscrapers in London, travelling to Gravesend to take part in a series of events marking her 90th birthday, including a salute by Commander Richard Pethybridge at the Royal Navy’s HMS President on the way. The ST Portwey was built on the Clyde in 1927, came under the command of the Royal Navy during the Second World War when she was based in Dartmouth and carried out rescues of vessels and crews sunk by enemy action in the Channel and is the only twin screw, coal fired steam tug still active in the whole of the United Kingdom. Photo credit: Vickie Flores/LNP 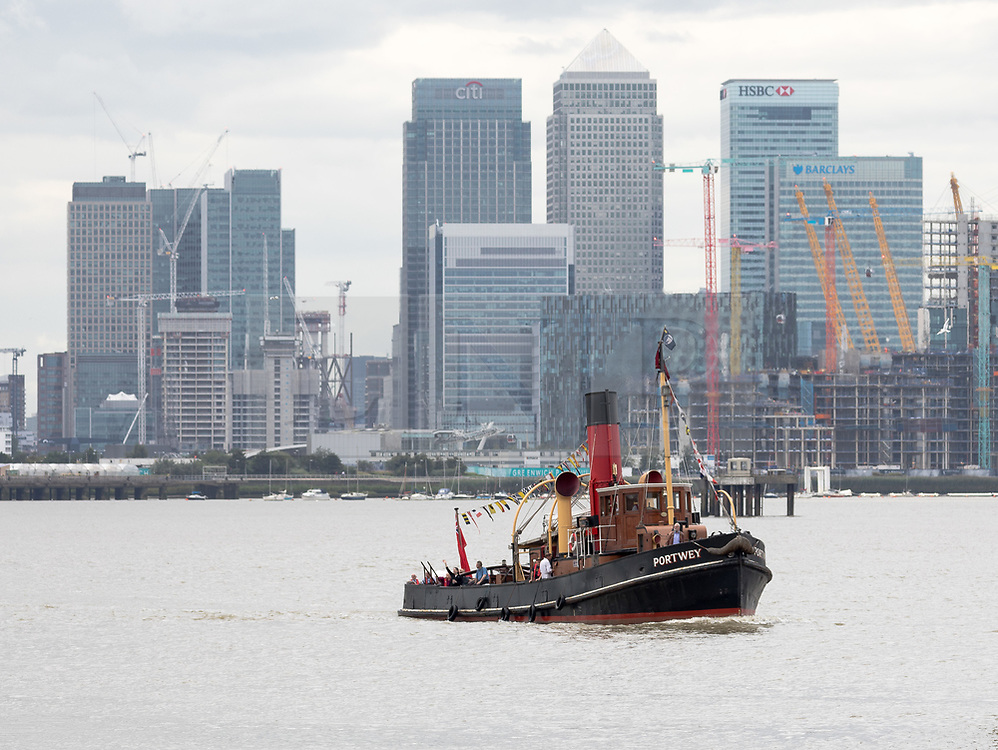