© Licensed to London News Pictures. 11/03/2018. London, UK. A man creates a ring shape with his thumb and finger . The OK gesture has been adopted by the alt-right to symbolise support for Donald Trump along with alt-right memes such as Pepe . Alt right and Generation Identity and other far-right groups hold a demonstration at Speakers' Corner in Hyde Park , opposed by antifascists . Generation Identity supporters Martin Sellner and Brittany Pettibone were due to speak at the demo but were arrested and detained by police when they arrived in the UK , also forcing them to cancel an appearance at a UKIP " Young Independence " youth event , which in turn was reportedly cancelled amid security concerns . Photo credit: Joel Goodman/LNP 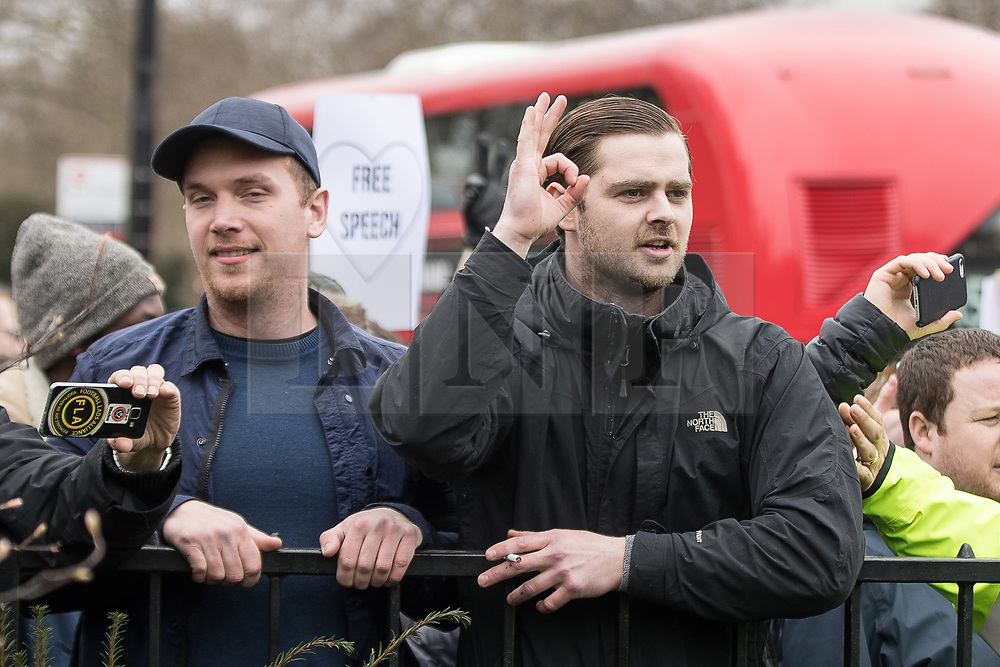