© Licensed to London News Pictures. 08/12/2016. Annecy, Haute Savoie, France. Two young female joggers take a break on a peninsula at Lake Annecy, Savoie, France. Lake Annecy is shrouded in mist and air pollution which has been trapped under the temperature inversion layer. The temperature inversion is a result of a large high pressure system sitting over France - and most of Europe. This has caused the highest air pollution levels in Paris for ten years. Traffic is being regulated in Paris and Lyon, France because of the high levels of air pollution. Photo credit: Graham M. Lawrence/LNP 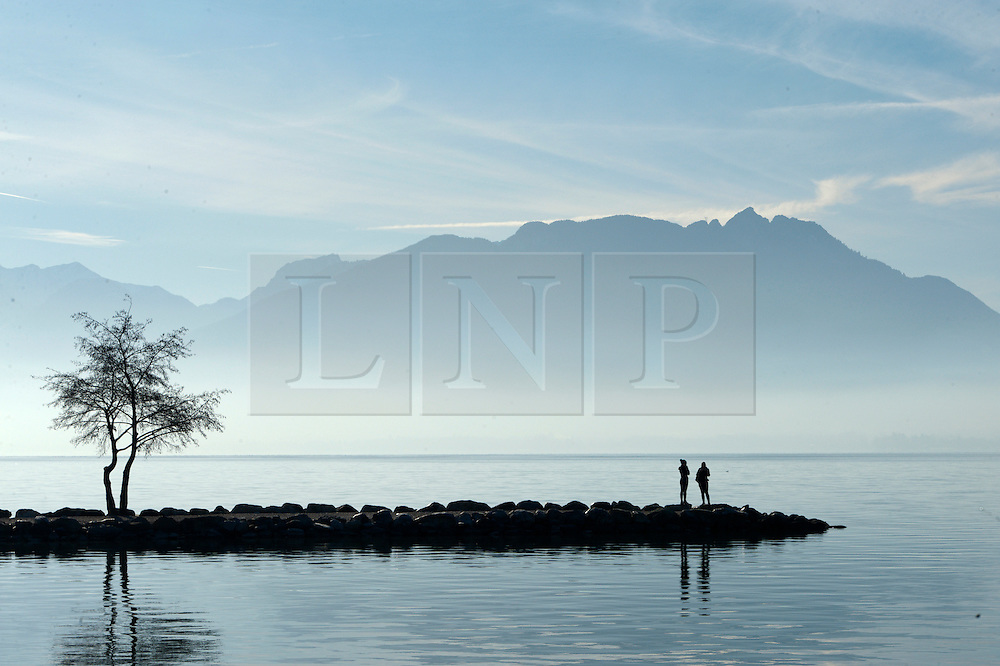