A former miner shows off his tattoo as he attends the Durham Miners Gala in the City. 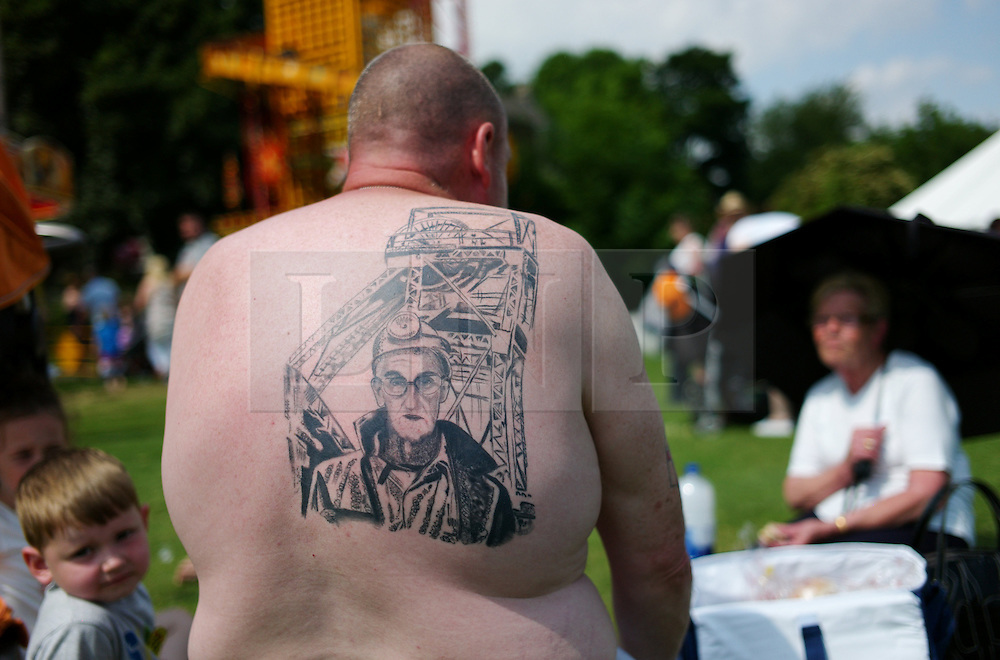