© London News Pictures. Private LEE RIGBY (centre), a drummer in the the Royal Regiment of Fusiliers, taking part in a march through Hounslow, London on 26 November 2009, when the regiment was granted the Freedom of the Borough after returning from a tour of duty in Afghanistan. Michael Adebowale and Michael Adebolajo are standing trial at The Old Bailey in Central London accused of murdering Drummer Lee Rigby. Photo credit: London News Pictures 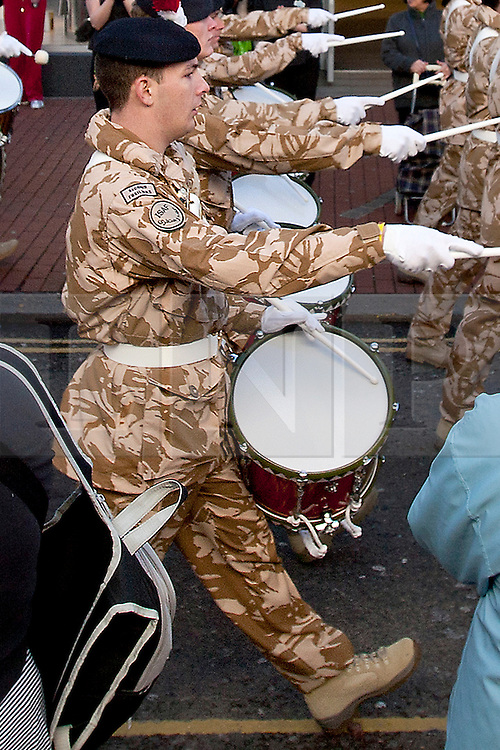