© Licensed to London News Pictures. 30/09/2015. Kirkuk, Iraq. A Kurdish peshmerga fighter views the smoke from an IED explosion which claimed the lives of five peshmerga on the outskirts of Mansoria village during an offensive aimed at capturing 11 villages from the Islamic State near Kirkuk, Iraq. 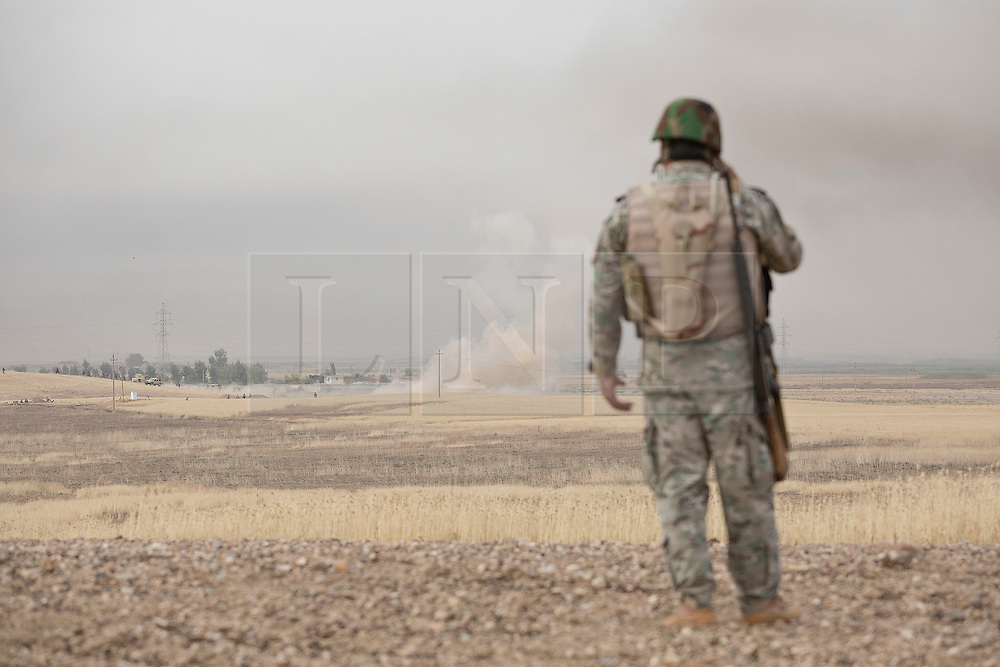