© Licensed to London News Pictures. 09/03/2018. Salisbury, UK. An ambulance Land Rover arrives at Salisbury cemetery where it is being reported that there is activity at the grave Liudmila Skripal - wife of Former Russian spy Sergei Skripal. Mr Skripal and his daughter Yulia are critically ill after being poisoned with nerve agent. The couple where found unconscious on bench in Salisbury shopping centre. A policeman who went to their aid is recovering in hospital. Photo credit: Peter Macdiarmid/LNP 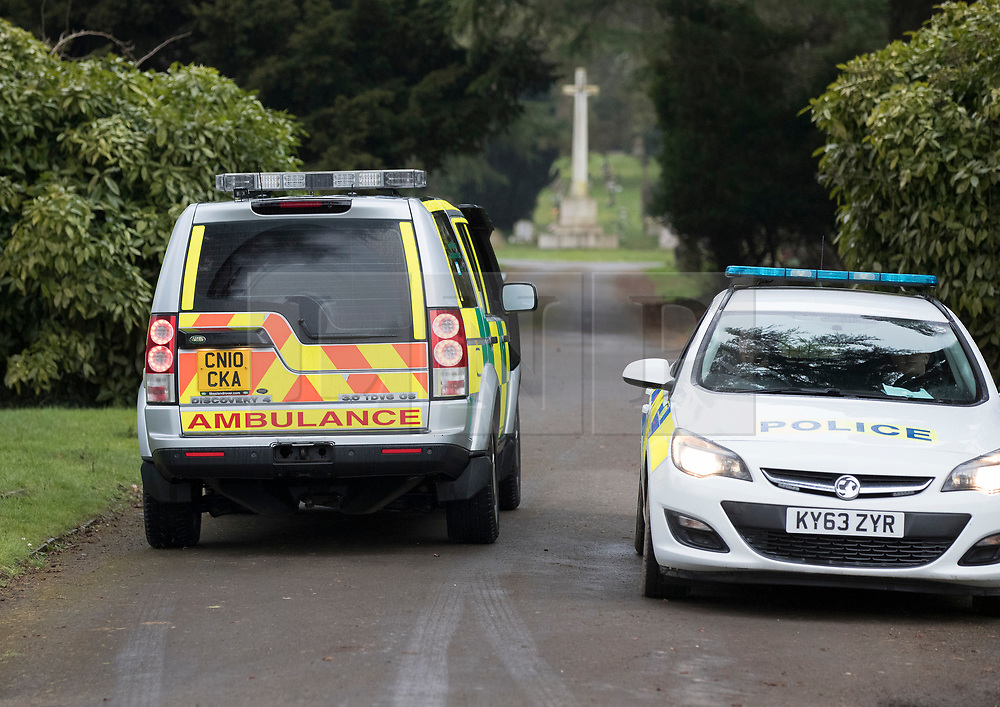