The sun begins to set on Upton Park for the FA Cup game at the Boleyn Ground.

© Licensed to London News Pictures.13/04/2016 LONDON, UK. The sun sets behind the Last FA Cup game at Boleyn Ground, home of West Ham United, who lost against Manchester United in the quarter final replay. West Ham move their new ground at Olympic Stadium, in Stratford, at the end of this season. 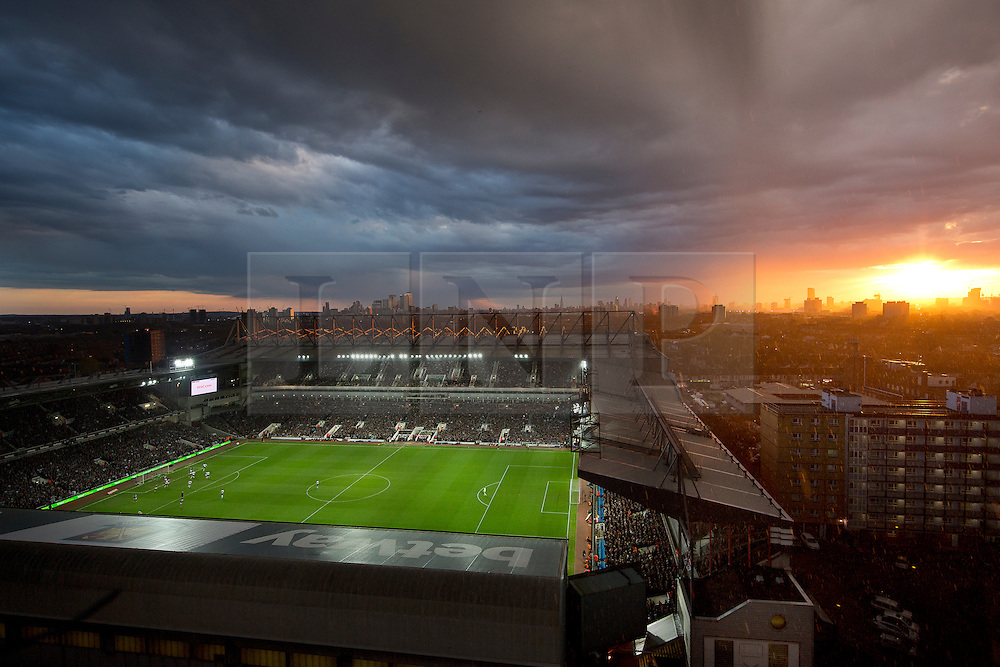