© Licensed to London News Pictures. 20/06/2019. Manchester, UK. In one of his last actions as Liberal Democrat Party leader , SIR VINCE CABLE meets Big Issue sellers in Manchester City Centre . The party say they are highlighting what they call a " Homeless Tax " , which they oppose , and which could see fines of up to £1,000 imposed upon the homeless by Manchester City Council . The final Local Government Information Unit (LGiU) report from the Local Government Homelessness Commission (LGHC) – a year-long initiative set up to investigate how councils can fulfil their obligation to prevent homelessness - is due to be published . The Liberal Democrats will appoint a new leader in July . Photo credit: Joel Goodman/LNP 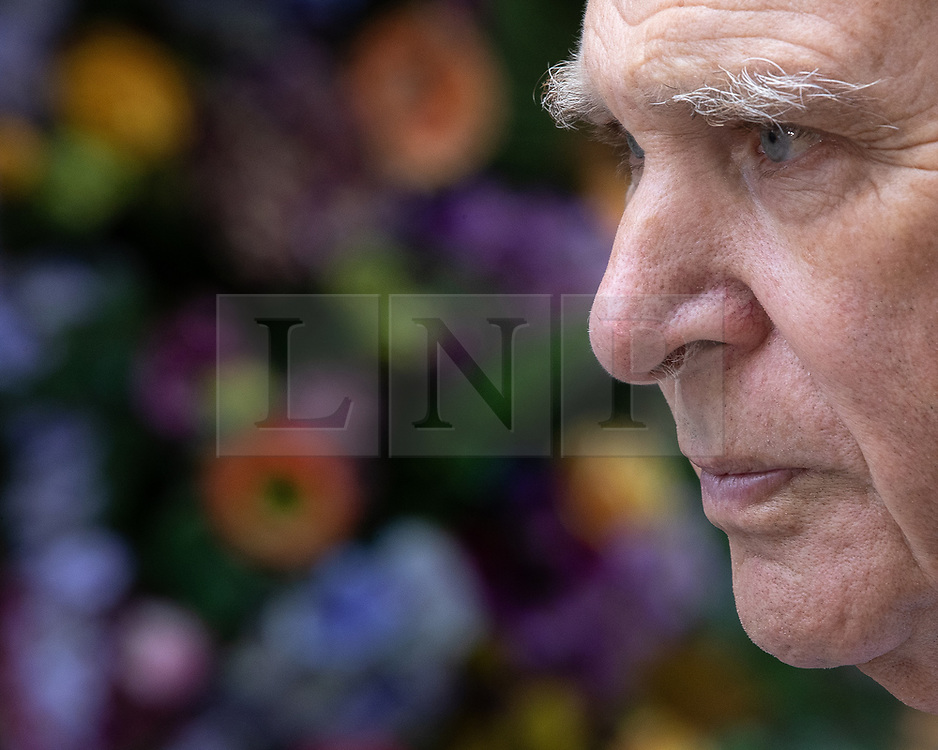