© Licensed to London News Pictures . London , UK . MOHAMMED REZA HAQUE (known as " Giant " ) (wearing sunglasses , behind a man holding a placard that reads " Democracy go to hell! " ), at a Muslims Against Crusades demonstration on Exhibition Road in London , on the anniversary of Armistice Day , 11th November , in 2010 . Haque is believed to be one of five executioners featured on a recent ISIS video filmed in Syria , alongside Siddhartha Dhar (known as " Jihaddi Sid "). Dhar was also present at the same event on Exhibition Road in London on 11/11/2010 . Photo credit : Joel Goodman/LNP 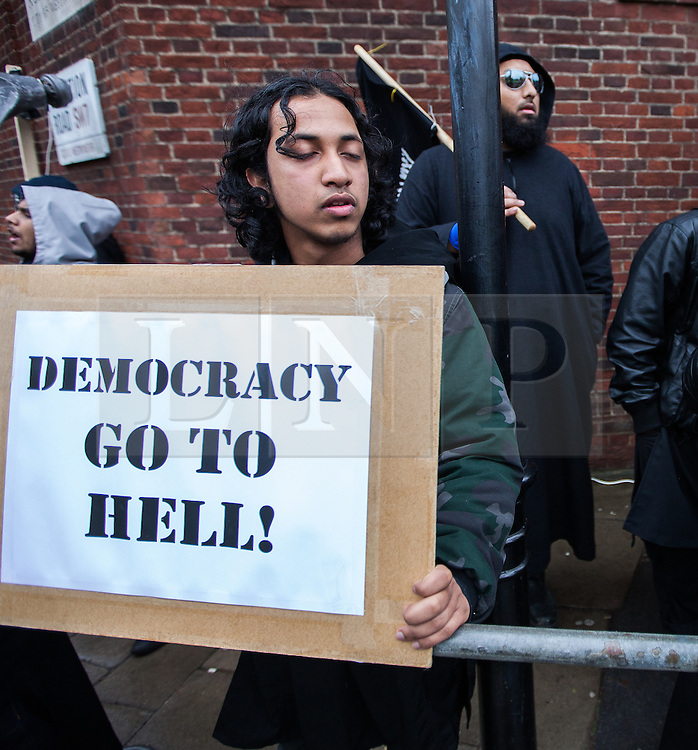