© Licensed to London News Pictures . 13/03/2013 . Alderley Edge , Cheshire , UK . Fire crew on an elevated platform work to extinguish flames which have burned out the roof at the rear of the venue . Famous celebrity nightclub , Panacea , in Alderley Edge , is ablaze tonight (12th March) . Fire crews and police were initially called to the venue at 22:30 on Tuesday night (12th March) . Around 50 fire-fighters from Cheshire and Greater Manchester worked to control the fire at the venue , which is adjacent to a petrol station and residential properties in the affluent village of Alderley Edge . This is the second time in five years the venue has been destroyed by fire , previously following a £3.2 million refurbishment in September 2008 . Photo credit : Joel Goodman/LNP 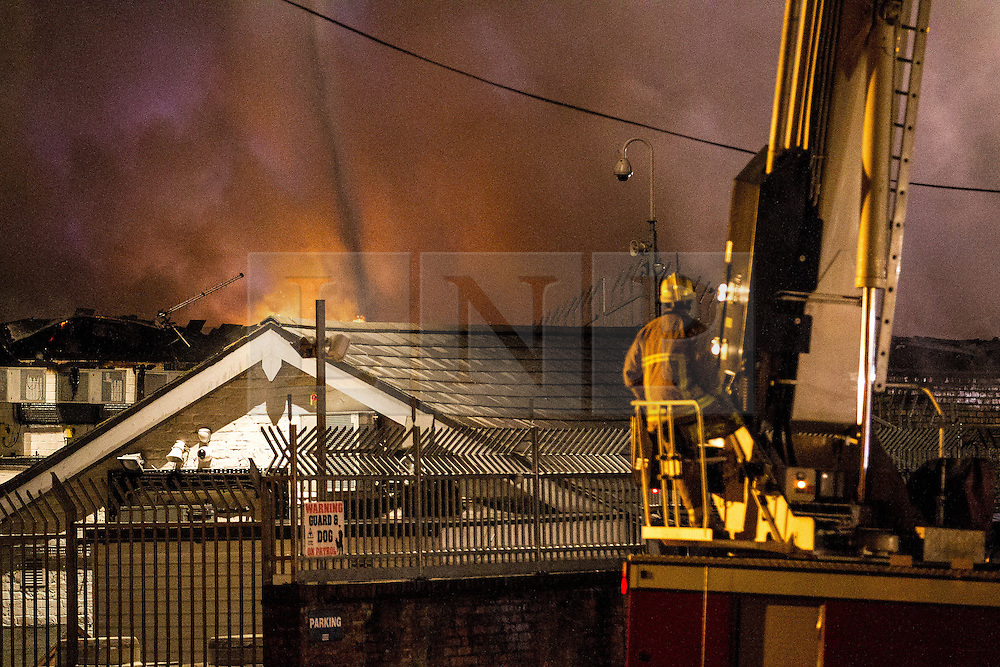