© Licensed to London News Pictures. 26/08/2015. Sail training ship Esmerelda at Greenhithe as she arrives in the capital for a port visit. The Chilean navy vessel is over 100 metres long and has four masts. A number of tall ships have arrived in London today in rainy weather including the Chilean navy's four masted sail training ship Esmerelda. Other ships are heading to south east London for a tall ships event which is part of the Mayor of London's Totally Thames festival. Credit : Rob Powell/LNP 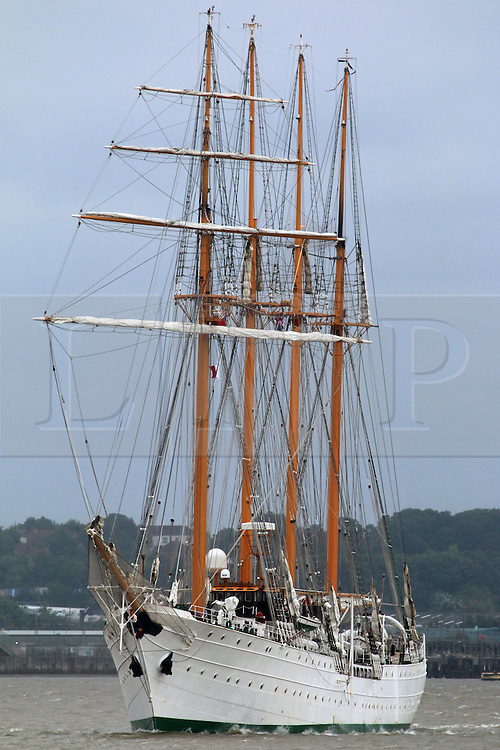