© Licensed to London News Pictures. 20/04/2017. London, UK. A woman takes a selfie at the unveiling at Somerset House of "Western Flag" (Spindletop, Texas) 2017 by artist John Gerrard. The artwork, in the form of an LED wall installation, is a symbol for climate change and modern society’s dependence on oil and has been commissioned by Channel 4 as part of their Man-Made Planet season to mark this year’s Earth Day (22nd April). Photo credit : Stephen Chung/LNP 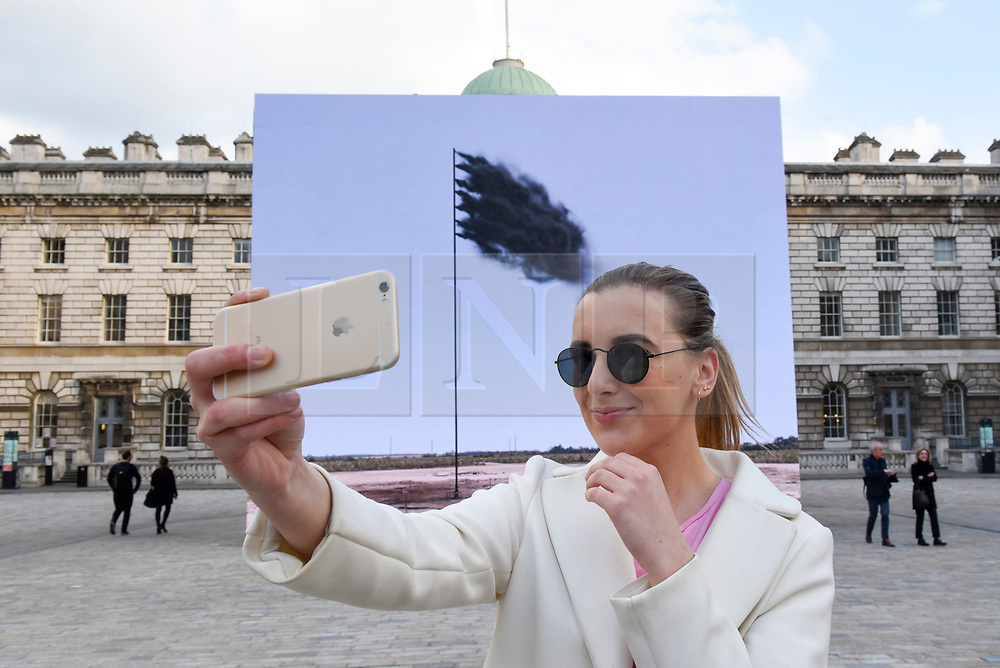