© Licensed to London News Pictures. 22/01/2019. LONDON, UK. Steve Bray of SODEM (Stand of Defiance European Movement) protests against Brexit outside the Houses of Parliament. Theresa May, Prime Minister, has indicated that she will be offering compromises to try and persuade MPs to support her Brexit deal, but at the same time says that she is against a second referendum or delaying the date of exiting the European Union beyond 29 March. MPs are due to vote on an amended deal on 29 January. Photo credit: Stephen Chung/LNP 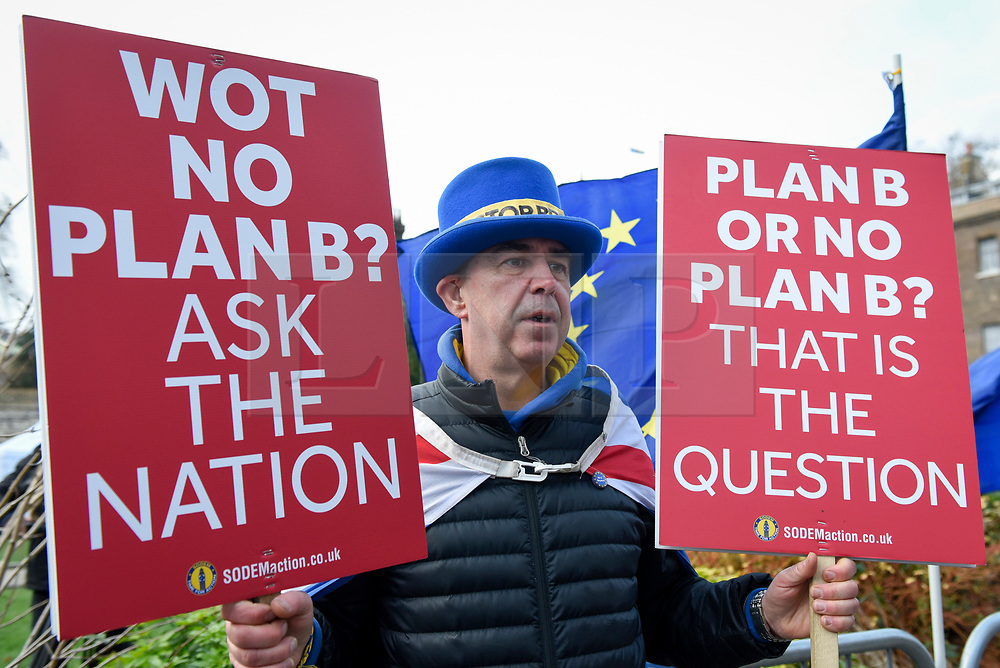