© Licensed to London News Pictures. 04/12/2019. London, UK. The tender boat travels in front of Dallas Cowboys owner and billionnaire, Jerry Jones's luxury 358 feet (109 meters) superyacht, Bravo Eugenia, which is seen moored at Butlers Wharf, near Tower Bridge on the River Thames after arriving in the capital late yesterday afternoon. The $225 million yacht which was built in 2018 is reported to be named after Jerry Jones's wife, Eugenia and have multiple luxuries onboard including two helipads, a fitness centre and sauna, and is capable of sleeping up to 14 people who are taken care of by a 30-person crew. Photo credit: Vickie Flores/LNP 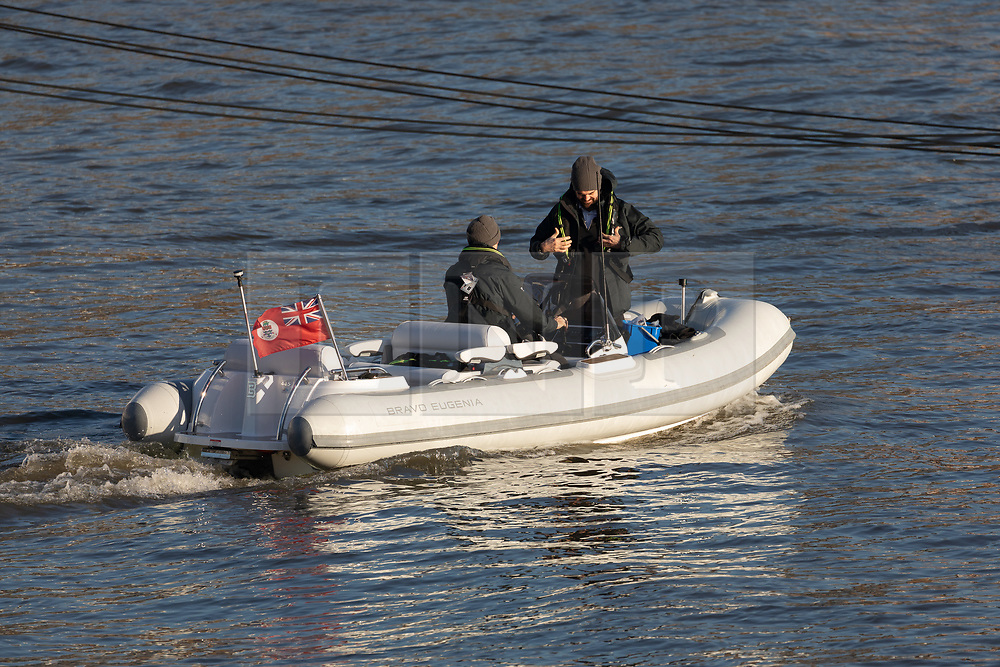