© Licensed to London News Pictures. 18/01/2014. A car with Anti-Government supporters drives past the anti-police graffiti covered walls at the Royal Thai Police Head quarters in response to an explosive device reportedly injuring as many as 30 people and killing one yesterday during an anti-government street rally in Bangkok, Thailand. Anti-government protesters launch 'Bangkok Shutdown', blocking major intersections in the heart of the capital, as part of their bid to oust the government of Prime Minister Yingluck Shinawatra ahead of elections scheduled to take place on February 2. Photo credit : Asanka Brendon Ratnayake/LNP 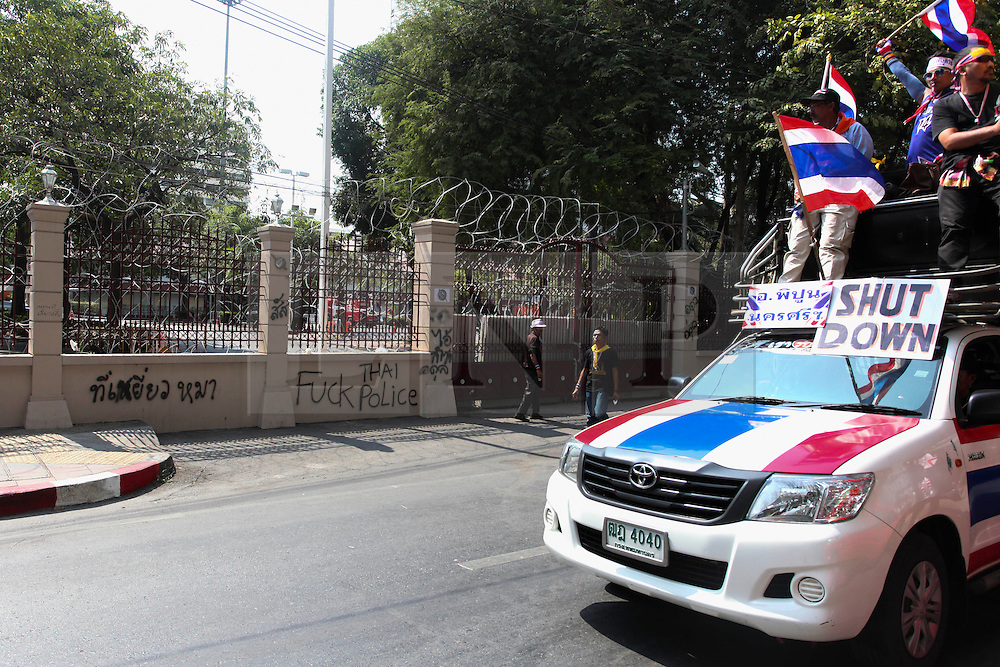