Chinese state visit to the UK

© London News Pictures 20/10/2015. Major Benjamin Jesty was joined by president Xi and the Duke of Edinburgh inspecting troops from 1st battalion Grenadier Guards on Horse Guards Parade during the ceremony

More than 1,100 soldiers and 230 horses joined HM The Queen, HRH The Duke of Edinburgh, The Duke and Duchess of Cornwall, the Prime Minister, Senior members of the Cabinet, the Lord Mayor of London, the Mayor of London, and the Defence Chiefs of Staff for the ceremonial welcome to Britain of The President of The People’s Republic of China and Madame Peng Liyuan . Photo credit: Rupert Frere/LNP 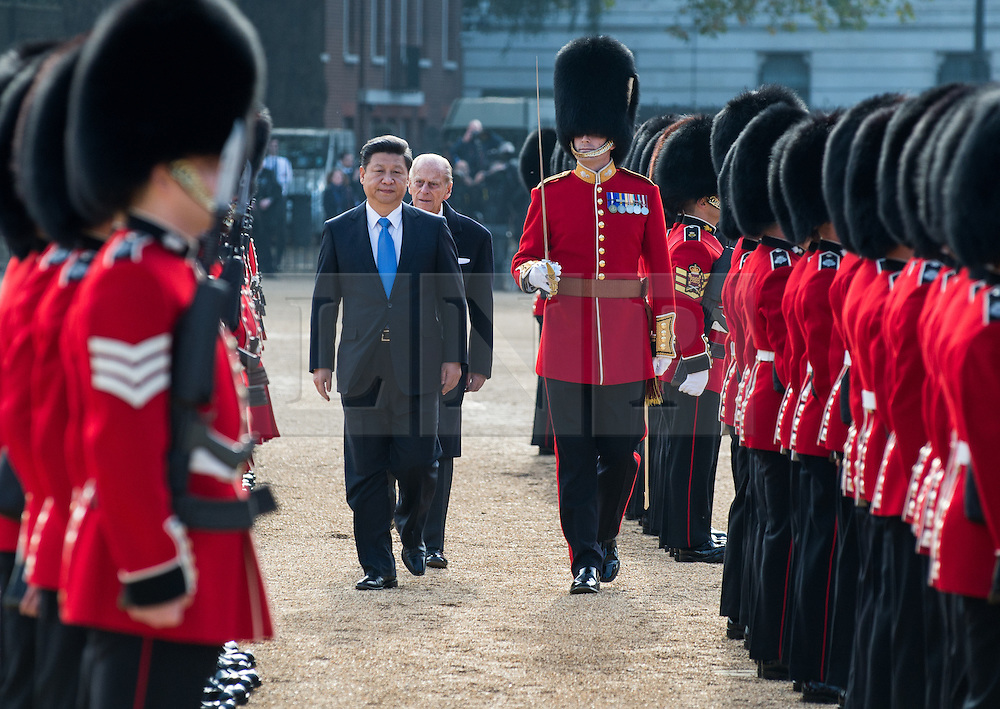