© Licensed to London News Pictures. 06/07/2017. Shenstone, Staffordshire, UK. Activists let off the colours of Palestine flag smoke flares and have a minutes silence around coffins representing dead children of Palestine murdered by Israeli UAV weapons. On the second anniversary of Israel's brutal assault on Gaza in July 2014 in which 2,200 Palestinians were killed, including more than 550 children, campaigners from across the UK travel to Elbit's factory in Shenstone, Lichfield in Staffordshire for a non-violent picket outside the factory gates to demand that the UK stops arming Israel and that Elbit's factory ceases their production of death drones. Elbit's death drones are used by The Israel Defence Force against the people of Palestine. Photo credit: Graham M. Lawrence/LNP 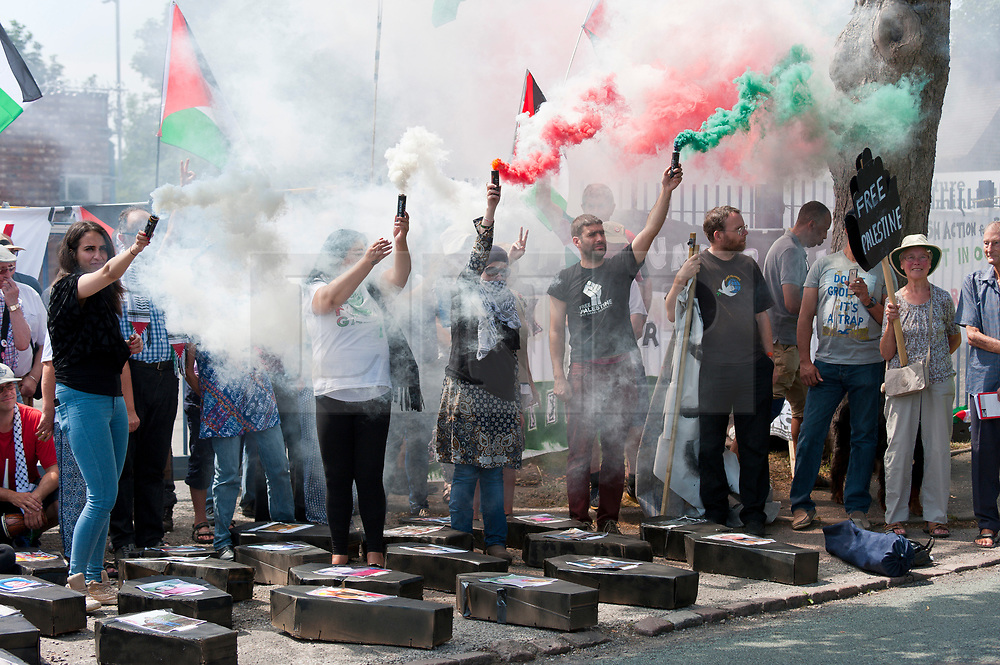