© Licensed to London News Pictures . 06/04/2017 . Manchester , UK . Three ambulances visible (and a further two rapid response vehicles and a bicycle paramedic) lined up in Piccadilly Gardens , responding to numerous instances of people believed to have consumed spice . An epidemic of abuse of the drug spice by some of Manchester's homeless population , in plain sight , is causing users to experience psychosis and a zombie-like state and is daily being witnessed in the Piccadilly Gardens area of Manchester , drawing large resource from paramedic services in the city centre . Photo credit : Joel Goodman/LNP 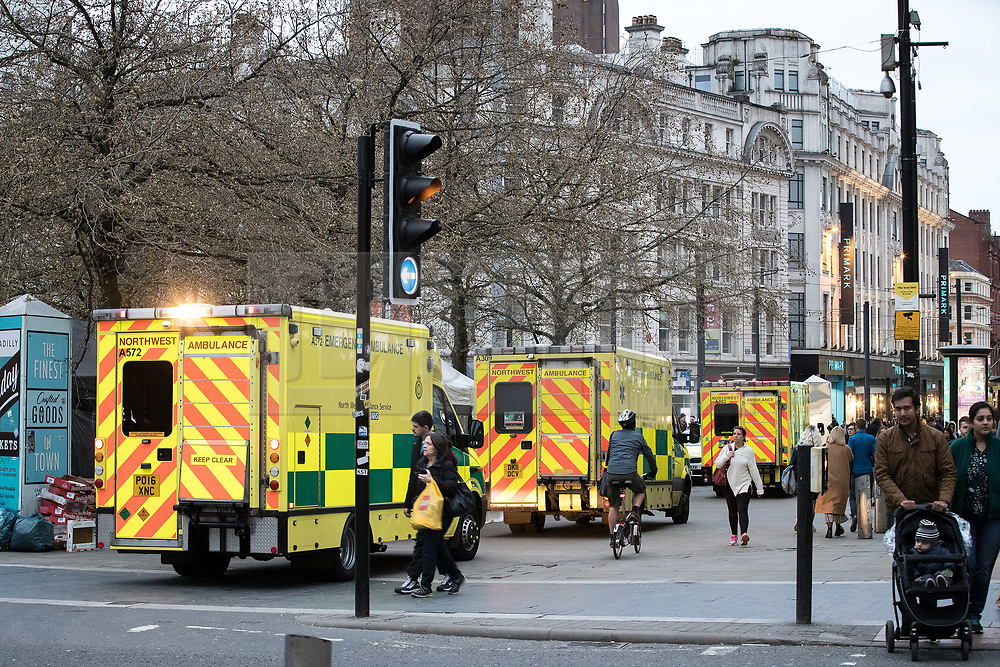