© Licensed to London News Pictures. 27/01/2018. London, UK. Flowers left by friends at the scene where three teenage pedestrians were killed near a bus stop in Hayes, West London after a black Audi car is believed to have collided with them. Police were called to the incident, on Friday night at 20:41hrs, close to the M4 Junction 4 following reports of a serious road traffic collision. The victims died at the scene - are all believed to be teenage males, aged approximately 16. Photo credit: Ben Cawthra/LNP 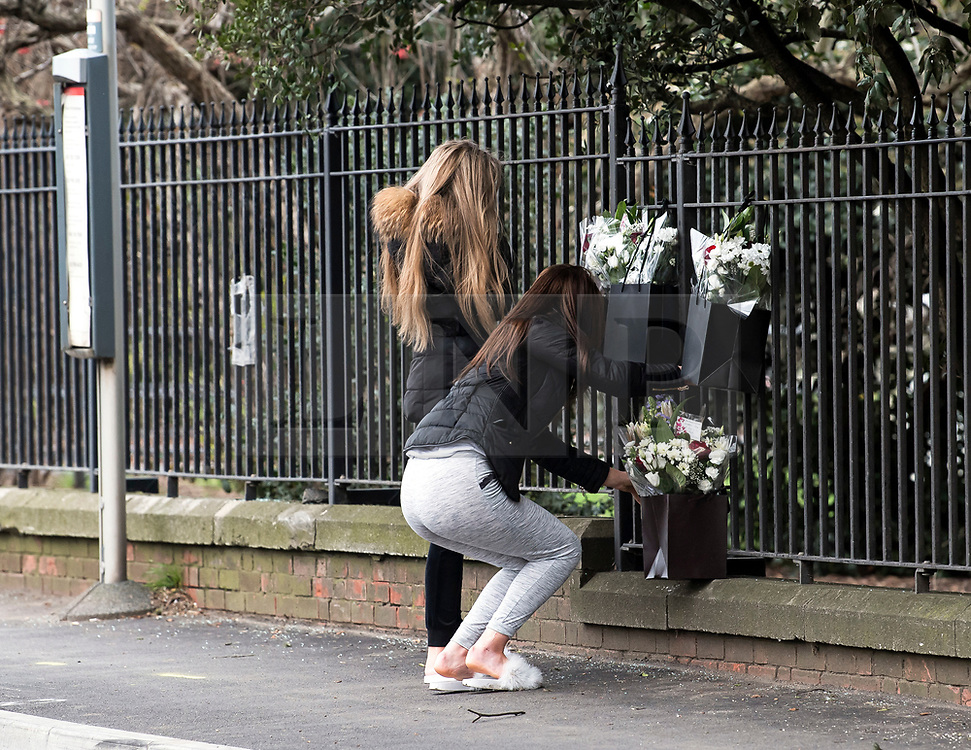