© Licensed to London News Pictures. 02/02/2017. LONDON, UK. A red double decker bus passes the artwork 'Euro (2012)', by Danish artists Superflex, as it hangs on the wall of the South Bank Centre. The artwork will be on display in London until the end of February. MP’s last night voted in Parliament to back the ‘Brexit Bill’ and trigger Article 50, to begin the formal Brexit process for the United Kingdom leaving the European Union. Photo credit: Vickie Flores/LNP 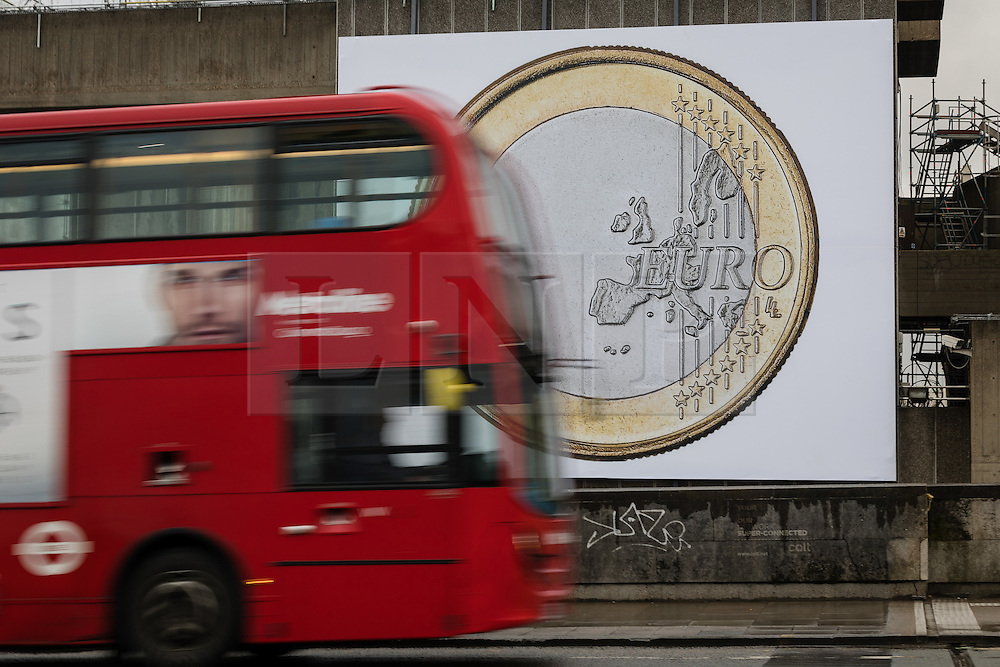