© Licensed to London News Pictures. 05/02/2017. London, UK. Men praying, guided by their Imam, seated, during an open day held at the Central London Mosque near Regent's Park. Over 150 mosques across the UK have been encouraged to hold mosque open days as part of Visit My Mosque Day, a national initiative facilitated by the Muslim Council of Britain (MCB), showcasing how mosques are not only spiritual focal points, but also servants to their localities helping people of all faiths and none by running food banks, feed-the-homeless projects, neighbourhood street cleans, local fundraising and more. Photo credit : Stephen Chung/LNP 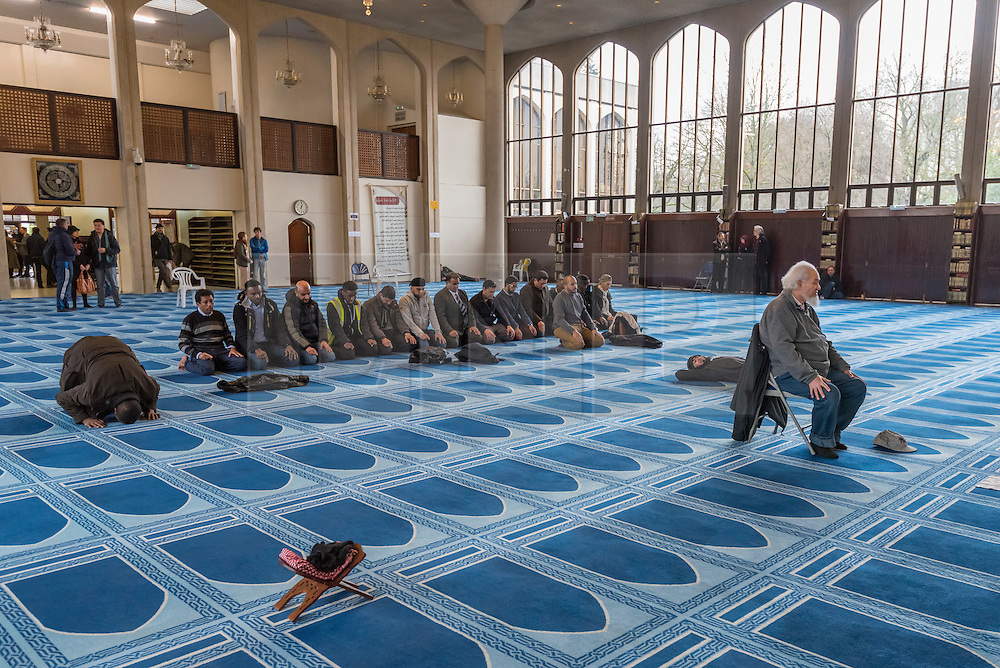