© Licensed to London News Pictures. 10/11/2018. Bristol, UK. The Royal British Legion Festival of Remembrance 1918-2018 at Bristol Cathedral. The Noctis Choir perform. On the eve of the Centenary of the end of the First World War the Royal British Legion holds a special Festival of Remembrance in Bristol Cathedral, bringing together musical talent from across the region presenting a poignant tribute from a variety of local performers. The second part of the evening will crescendo with a performance of Karl Jenkins' The Peacemakers by the 120 Members of Lucis and Noctis Choirs and the Southern Sinfonia Orchestra directed by Francis Faux. The piece is dedicated to all those who have lost their lives during armed conflict. During WW1 Soldiers from all over the World from numerous Continents, Commonwealth Countries and Nations Worldwide of all faiths castes creeds and religions served fought and died for Britain. The British Empire's colonies sent over two and a half million men to fight for Britain during the war, and 400,000 Muslims fought for Great Britain. The Lord Mayor Cleo Lake with Kizzy Morell represents the 60,000 Black South Africans, 15,600 Caribbean and 120,000 Africans who fought in WW1.
Babbi Channa represents the 100,000 Sikhs, One million Indians who fought in WW1
Chinese lady; Represents 140,000 Chinese Labour Corps Members
Muslim lady; Representing the 400,000 Muslims who fought in WW1
Nepalese lady; Representing the 90,000 Ghurkhas who fought in WW1
(Last three representatives pupils from Badminton School )
Photo credit: Simon Chapman/LNP 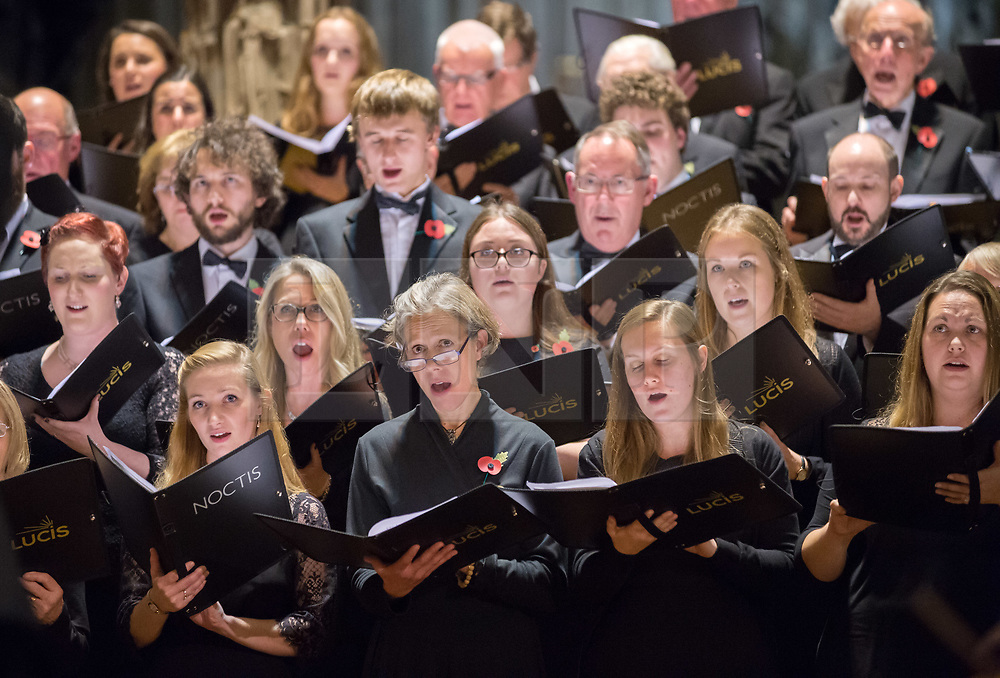