© Licensed to London News Pictures. 09/10/2017. Lancashire, UK. A protester is removed by police after a sit down demonstration at the Anti-Fracking Demonstration on Preston New Road Lancashire. The protest blocked the entrance to Cuadrillas Hydraulic fracking site as part of a Demo that brought together activists from Greenpeace, The Green Party and the local community to protest against the drilling taking place at the site. Photo credit: Steven Speed/LNP 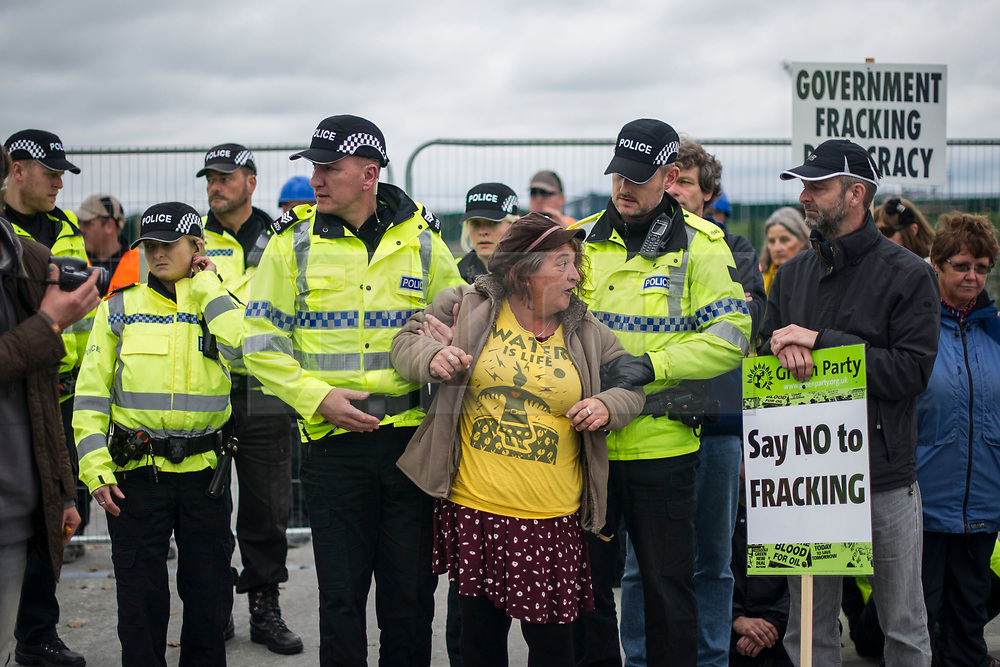