© Licensed to London News Pictures. 25/06/2015. Wetherby.UK. Picture shows Wealstun Prison near Wetherby in Yorkshire where two inmates have been treated by doctors after suffering a reaction to a cannabis substitute known as Spice. The substance can cause a string of side effect including heart palpitations and acute psychosis. Glyn Travis, assistant secretary of the Prison Officers Association, said the spread of legal highs in prisons was a real concern. “The system has not managed to work out how to crack down on them. It’s illegal to bring substances into prison, but the flood of illicit substances is causing us real problems, There has been a number of suspected serious illnesses and deaths because of it and levels of violence are on the increase. Photo credit : Andrew McCaren/LNP 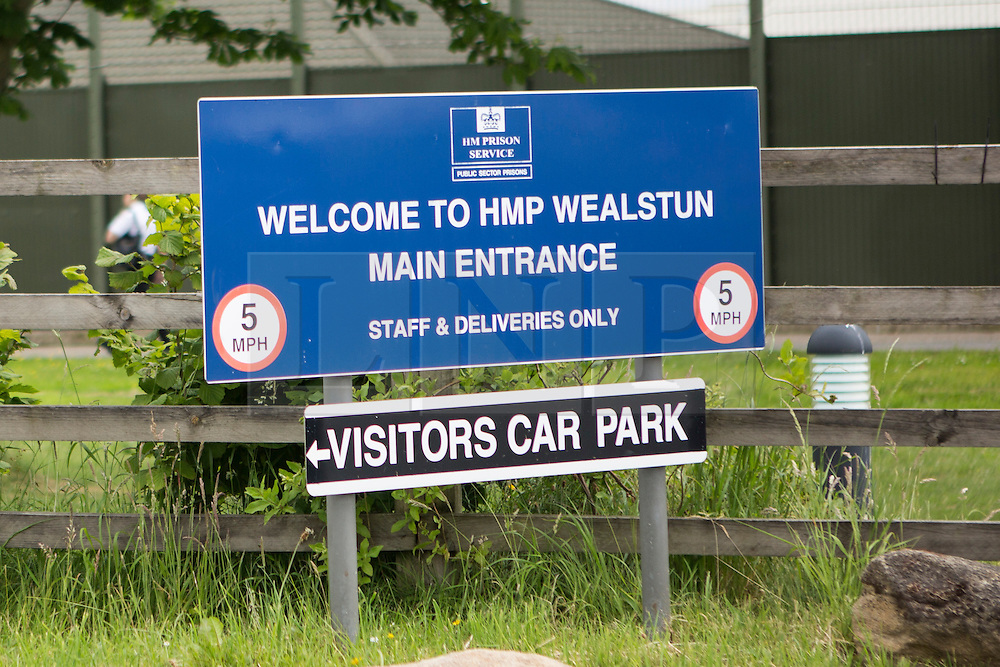