© Licensed to London News Pictures . 16/09/2018. Manchester, UK. A woman wearing a t-shirt with a photograph of Jeremy Corbyn being detained by police from a historical anti-Apartheid rally , with the words " Jeremy Corbyn is a racist endeavour " . Thousands of people including the UK's Chief Rabbi and several Members of Parliament attend a demonstration against rising anti-Semitism in British politics and society , at Cathedral Gardens in Manchester City Centre . Photo credit : Joel Goodman/LNP 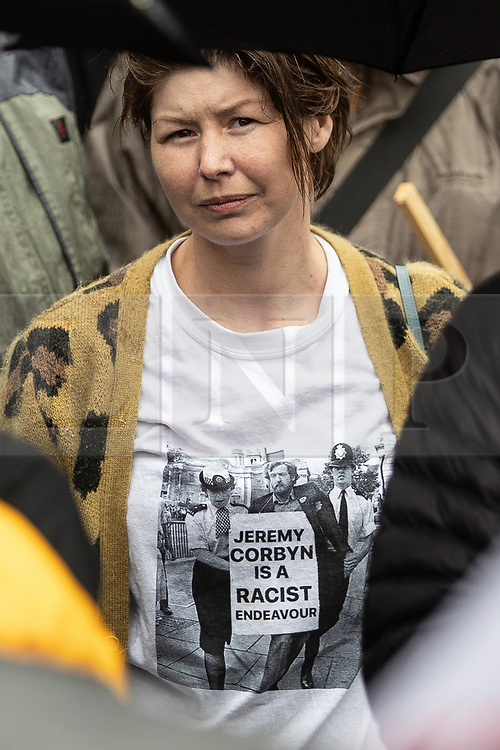