© Licensed to London News Pictures. 08/10/2014. British Army Training Unit Suffield (BATUS), Canada. A soldier keeps a watch out for an impending invasion as he wears old issue uniform to highlight his role as the enemy. To simulate the use of weapons they wear a system known as tactical effect simulation (TES). This allows the soldiers to know whether they have sustained an injury or become a fatality. 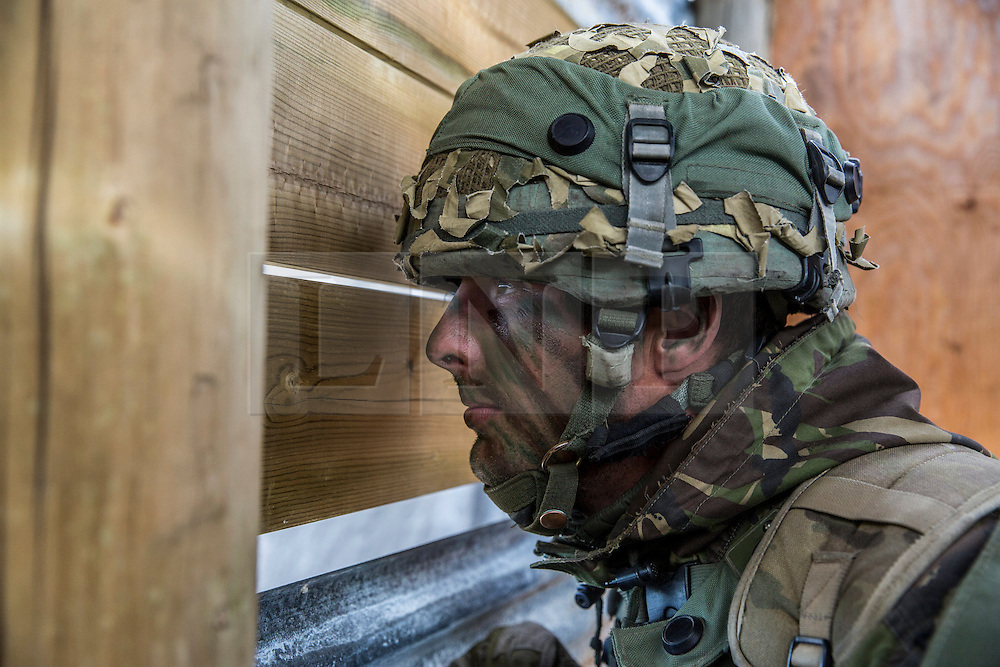