© Licensed to London News Pictures. 30/09/2015. Kirkuk, Iraq. A Kurdish peshmerga captain watches the start of a firefight from the turret of his armoured Humvee vehicle during an offensive to re-take 11 villages in the Kirkuk area from the Islamic State. 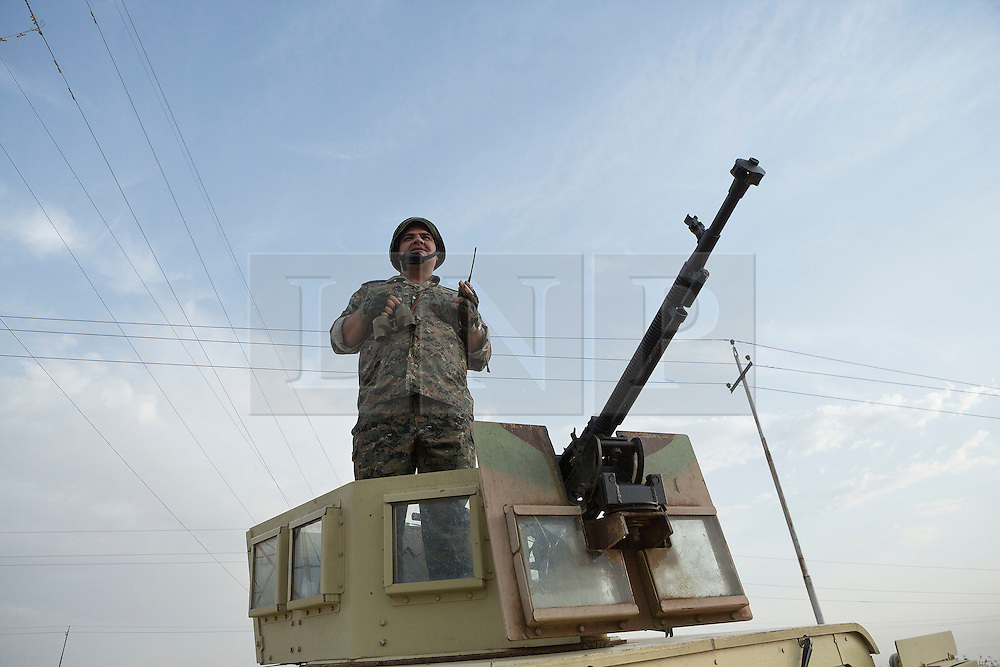