© Licensed to London News Pictures. 01/08/2012 . Five people have been injured after a masked man armed with a machete broke into a church hall in Kent and attacked members of a singing group during their rehearsals. The man smashed the windows of St Paul's Cray, near Orpington, yesterday evening. The Metropolitan police spokesman said a 56-year-old man arrested for assault and criminal damage was being treated in hospital for a hand injury..Photo credit : Grant Falvey/LNP 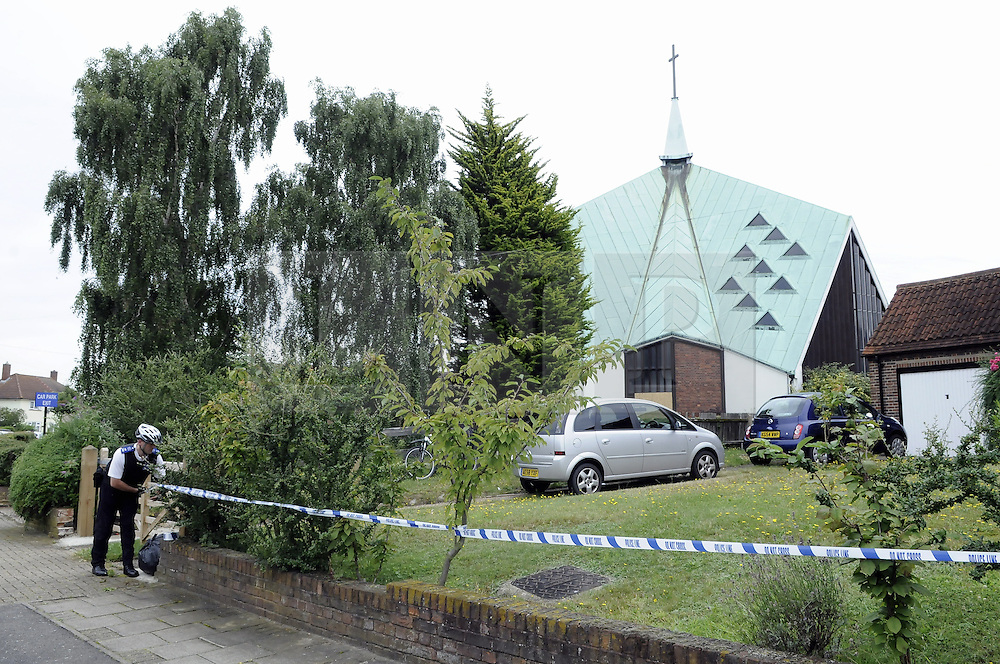