© Licensed to London News Pictures. 16/11/2012. Streatham, UK Police and Fire officers at the scene. The fire took place behind an advertising hoarding. Two people have died and another is in hospital with burns after a fire on wasteland in south London. Firefighters were called to the scene in Streatham High Road, Streatham, just after 02:20 GMT. Two bodies were found at the scene and a third person was taken to hospital for treatment. Crews took just over an hour to bring the fire under control. The incident is being investigated by the London Fire Brigade and the Metropolitan Police. Photo credit : Stephen Simpson/LNP 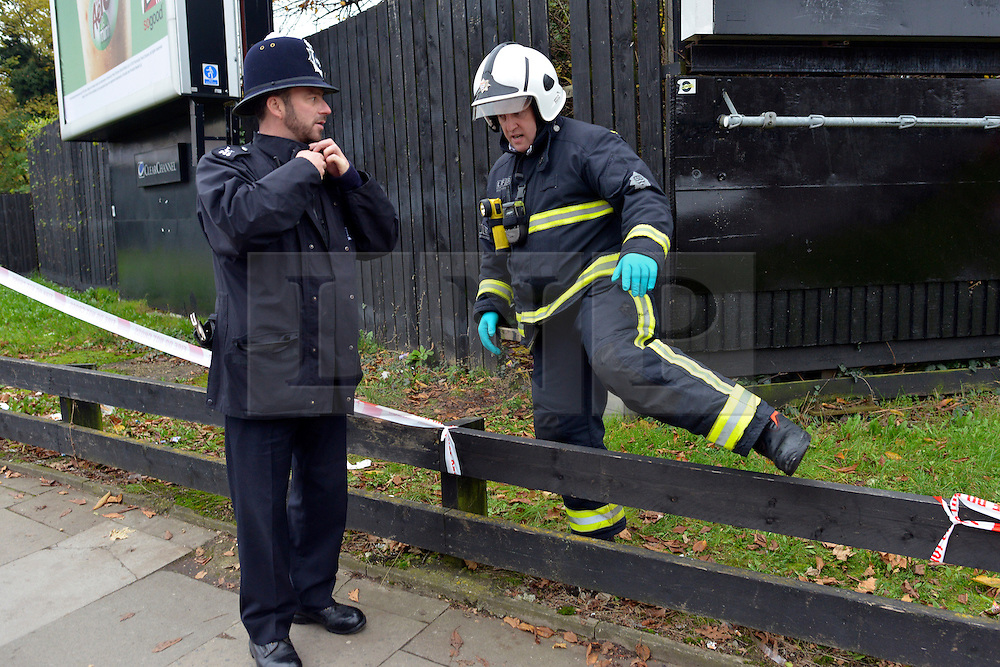