Lol Hodgson, the Baliff of the Manor of Fyling carries out the ancient Penny Hedge tradition in Whitby.

The beginnings of this ancient custom dating back to around 1159 are unclear but some say it was penance for the accidental killing of a hermit who was a monk at the abbey. Others say it was to mark a safe landing place or to mark a garth or enclosure or simply to keep out animals.

However this now symbolic custom takes place each year on the eve of Ascension Day on the banks of the River Esk in Whitby and is constructed with nine upright hazel stakes driven into the mud with an ancient mallet and nine 'tethers' or pliant branches to intertwine the stakes.

Completion of the hedge is followed by three blasts on an ancient horn and the cry of "Out on Ye" is repeated by the bailiff. 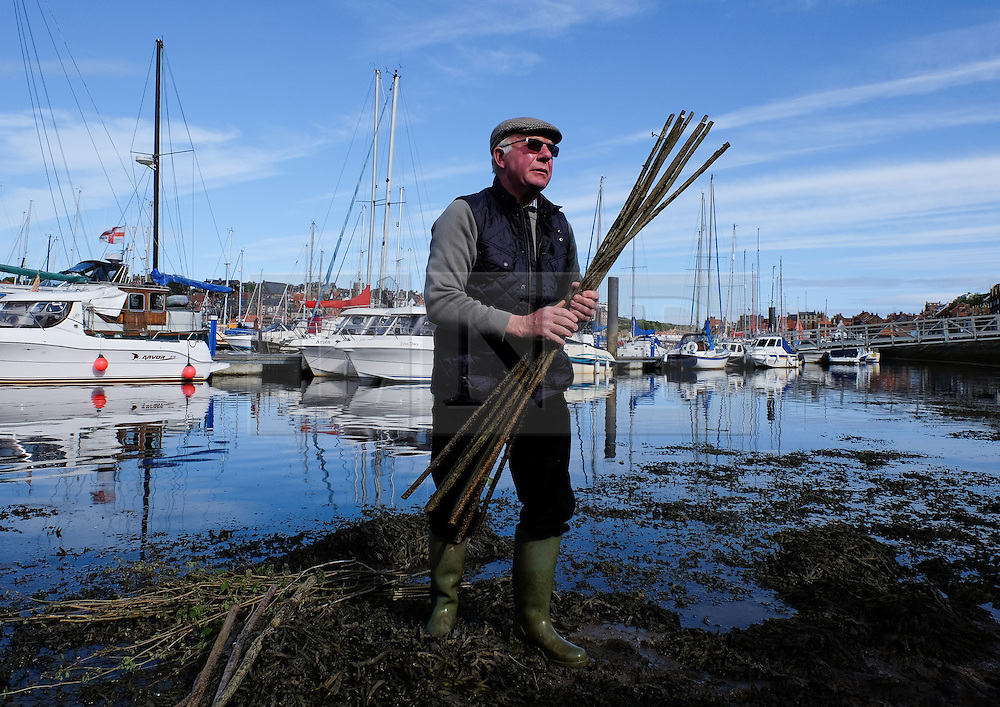