© Licensed to London News Pictures. 05/08/2017. Chelsford, UK. Police and forensics at the scene where man has died after being shot in the chest in the early hours of Saturday August 5, to Baddow Road, Chelmsford. The victim and another man, both aged in their 20s, were outside the BP garage near the Army and Navy roundabout when a blue Ford Fiesta pulled up. He was shot by an occupant of the car, which drove off. He was taken to hospital, where he sadly died.Photo credit : Simon Ford/LNP 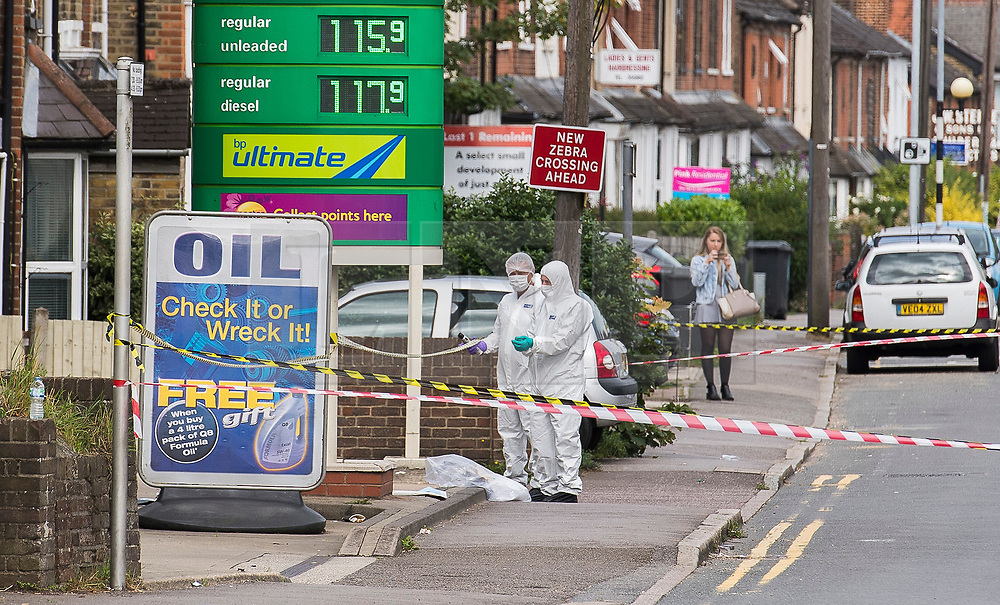