© Licensed to London News Pictures. 15/06/2017. Mosul, Iraq. An elderly Mosul resident sits on the roof of an Iraqi Army Humvee after being ferried to safety across open ground watched by Islamic State snipers. 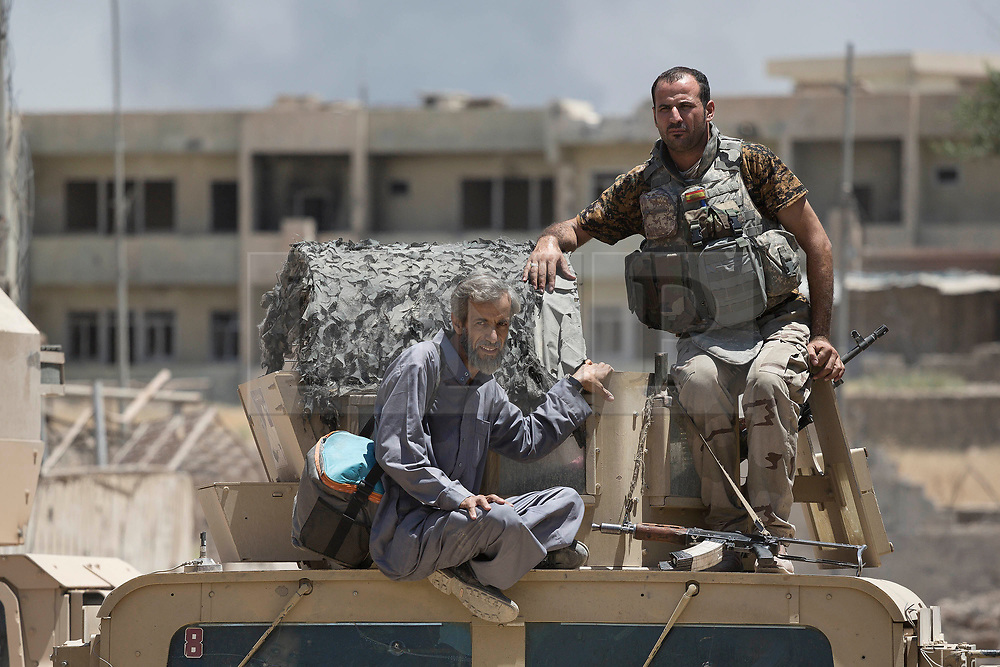