Licensed to London News Pictures. 02/11/2016. Qayyarah, Iraq. Blacked by the smoke from nearby burning oil wells, set alight by retreating Islamic State militants, the Iraqi flag flies from a building in the town of Qayyarah, Iraq. 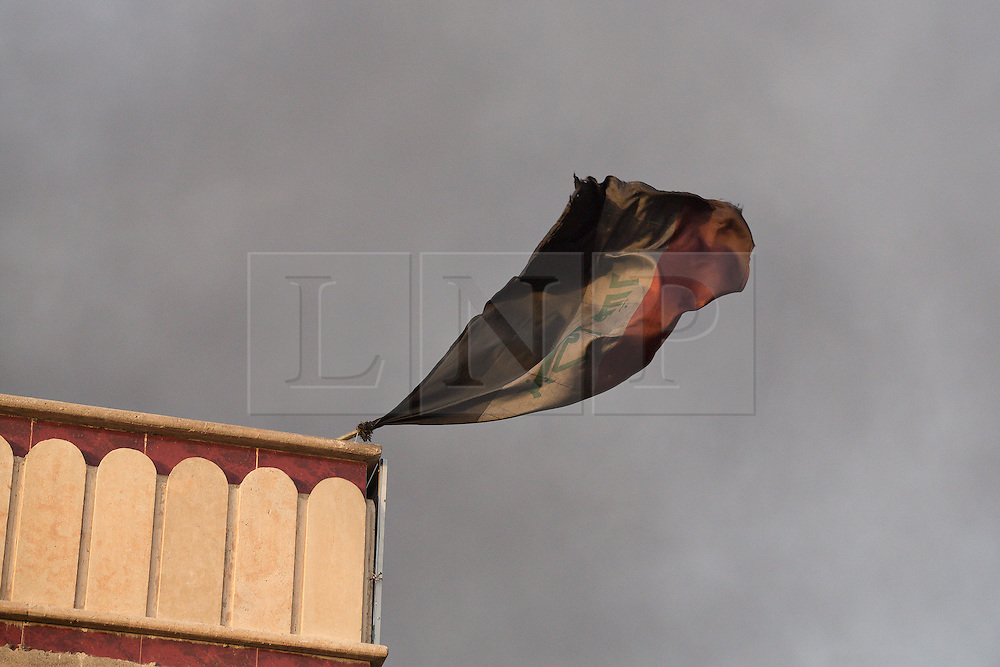