Licensed to London News Pictures. 23/10/2016. A wooden cross erected by Iraqi Army Counter Terrorism troops and draped with the Iraqi flag is seen on a roof of the Mart Shmony Church in Bartella, Iraq. 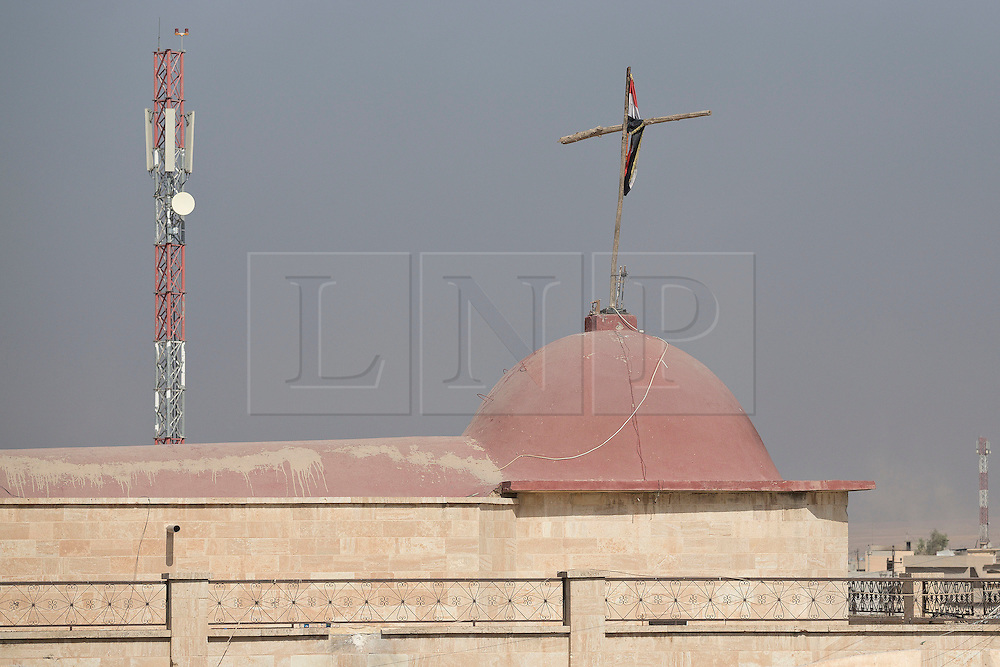