© Licensed to London News Pictures. 20/03/2019. London, UK. One of the Elizabeth Tower clock faces (R) is revealed in its new Prussian Blue colour replacing the familiar black paint (L). Big Ben's north face is the first of the four famous clock faces to be seen in the original colour scheme from when it was built in 1859 by Sir Charles Barry. These works form part of a Parliamentary £61m restoration project which will also see the St George's shields at top of the clock face painted red and white for the first time since the 1930's. Photo credit: Peter Macdiarmid/LNP 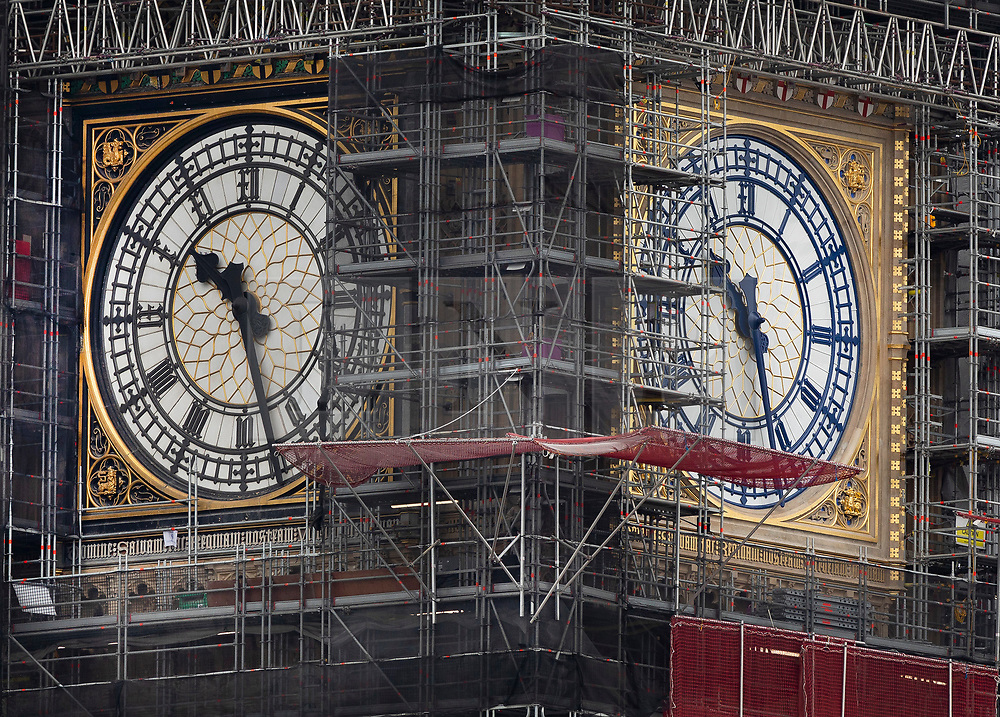