© Licensed to London News Pictures. 23/10/2013. London, UK. The Yeoman warder, Kevin Paul Kitcher, begins outside Traitors' Gate at the start of a twilight tour at the Tower of London which gives visitors a unique after hours view of the UK's most visited historic attraction. The first Twilight Tour at the Tower of London will take place on 3 November 2013 and they will then take place every Wednesday during November, then January, February and March in 2014.Photo credit : Vickie Flores/LNP 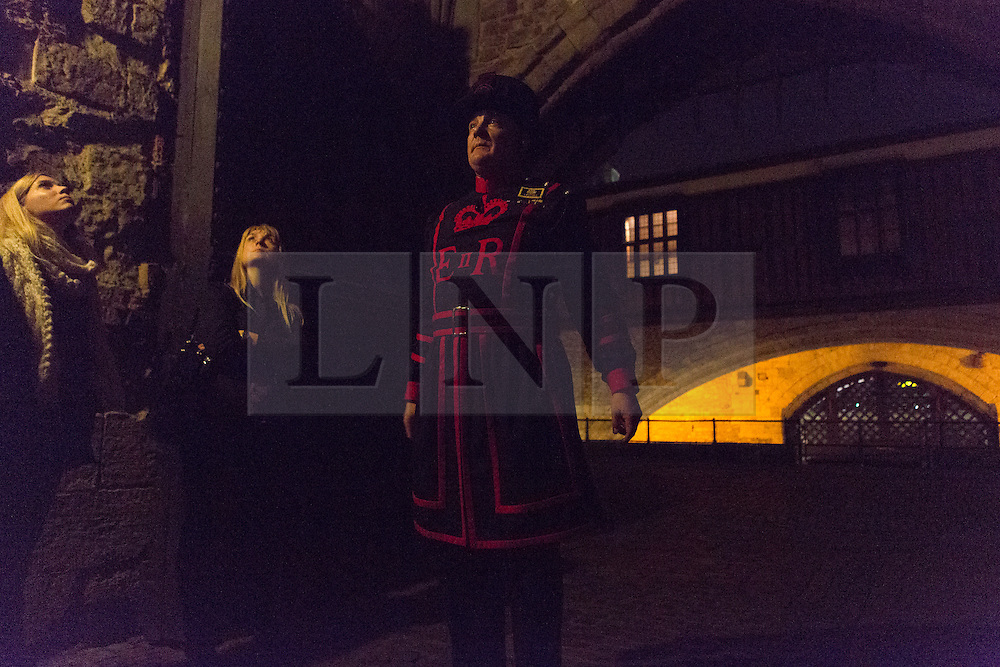