© Licensed to London News Pictures. 11/02/2017. London, UK. Cyclists hold a "die-in" protest in Westminster, London following the deaths of Anita Szucs, 30 and Karla Roman, 32 both killed while cycling on Monday on the streets of London. Protesters asking for the government to commit to significantly increase funding for cycling and walking starting with 5% of the 2017 transport budget and increasing to 10% by 2020. Photo credit: Tolga Akmen/LNP 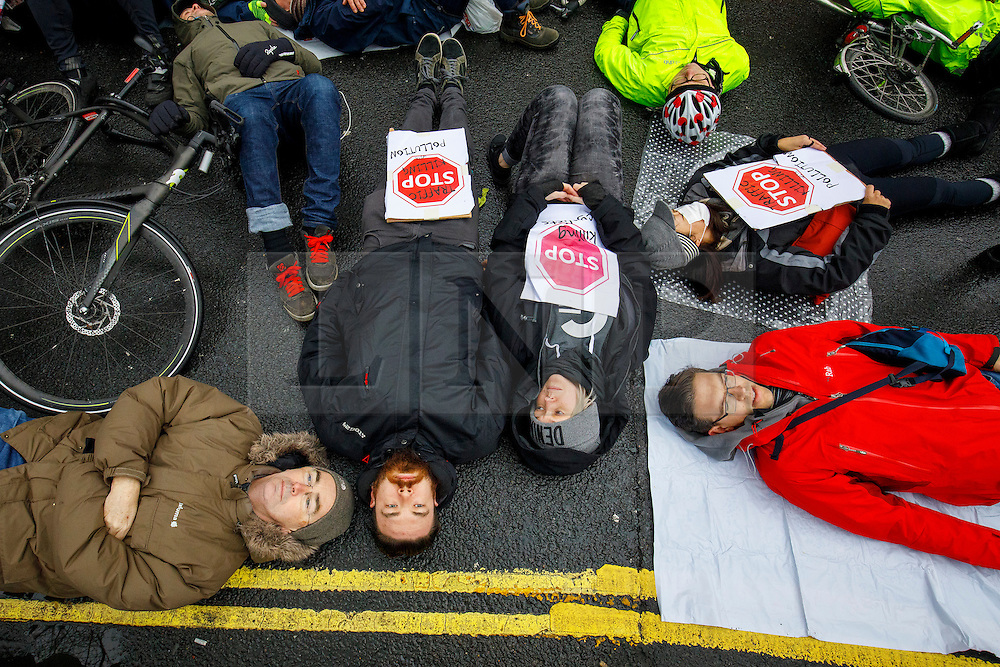