© Licensed to London News Pictures. 15/02/2017. Wraxall, North Somerset, UK. Celebrity giraffe Gerald gets special foot care, having his own pedicures at Noah’s Ark Zoo Farm, Senior Giraffe Keeper Emma Green doing the pedicure and Giraffe Keeper Laura Burgess entertaining Gerald. The giraffe is known for his unlikely bachelor friendship with Eddie the goat and his international quest for love. Gerald’s keepers began the foot care routine to treat small cracks in his front hooves to prevent future problems from developing. Using a special training technique based on the close bond with his keeper, Gerald was taught how to present his front feet on a pad for him and allow his keepers to work on his hooves. After just a month’s training Gerald now presents both feet on request, knowing the difference between his left and right. He is given a clean, trim and file on both hooves which stops cracks developing and removes any over-growth which would affect his joints when walking if left untended. The 100 acre animal park has a family of four giraffes, 12 year old Gerald, 8 year old Genny and brothers 4 year old George and Geoffrey, 2. Gerald was one of the first ‘big zoo’ animals to arrive at the zoo, joining Noah’s Ark in 2006. Africa Section Head Emma Green carried out Gerald’s training and comments: “Gerald is a visitor favourite at Noah’s Ark and I’ve worked closely with him for 5 years. He’s learnt this foot care routine quickly and is very relaxed, allowing us to work closely with him. From his good example we’re now planning on doing the same with the rest of the giraffe family.” Photo credit : Simon Chapman/LNP 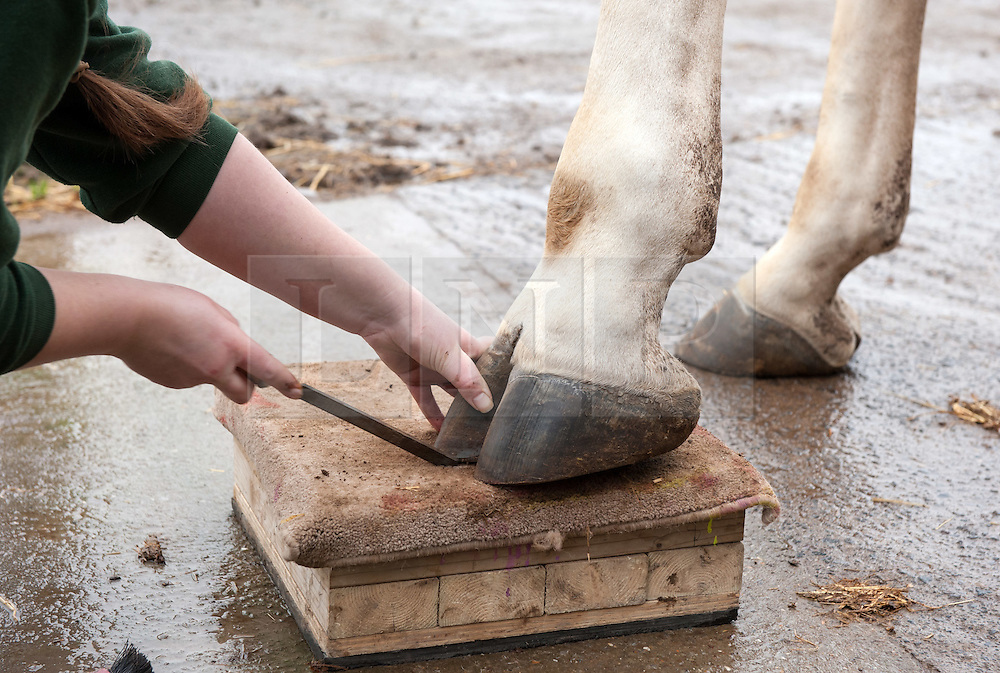