Members of the organization during the vote at Sedeta de Gracia´s Centre Civic. 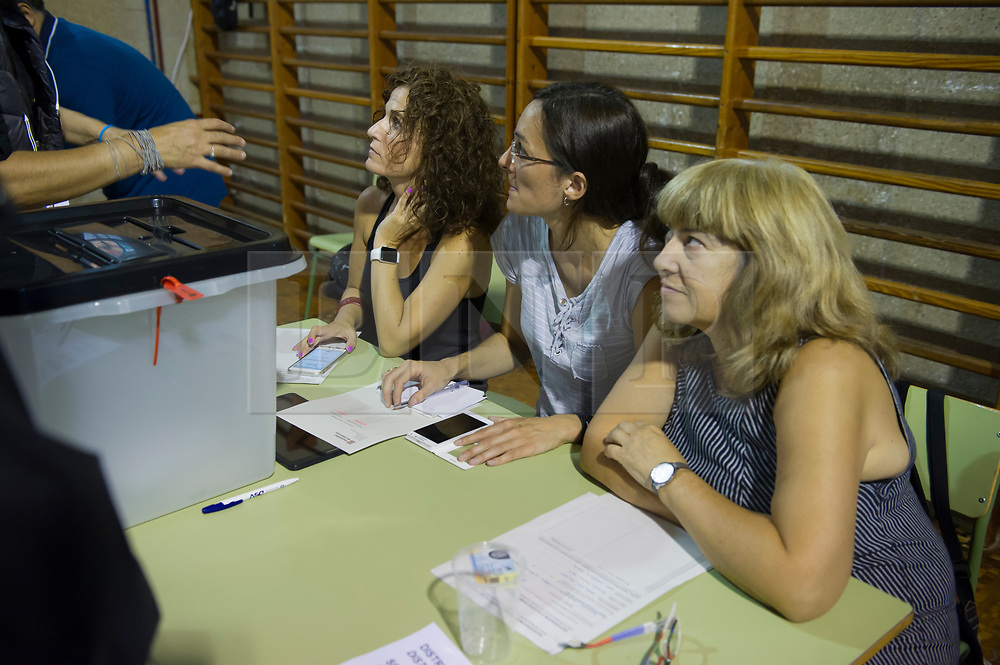